On the third day, we ate, we biked, and we got lost!

But before I tell you why or how, I shall first tell you all about our lunch feast.

A first visit to Taipei calls for a visit to the home of the Michelin Star awarded restaurant–Din Tai Fung. And where else best to try it, than in its birthplace in Xinyi Road.

We got ourselves a copy of their menu through sources online the night before because the truth is, Din Tai Fung is a pricey restaurant, so planning which items to order would prove wise to enjoy it while still sticking to the budget. We also all know of the crowds (in all Din Tai Fung branches worldwide) that line up just to get some xiaolongbao, those steamed soup dumplings which they are known for all over the world. So we went ready.

The birthplace of Din Tai Fung 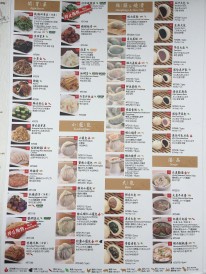 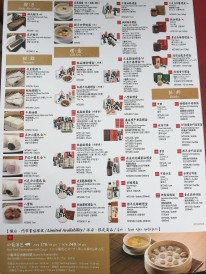 We arrived in the place around 11:25am, and there already were lots of people queued outside. But we quickly went to get our priority number and order slip before even more people will start coming. We were called in as soon as our table was ready. The wait took around 35 minutes.

Of course, we didn’t come hungry as we planned to only “taste,” and also so we won’t run bankrupt just for a meal. heehee Despite our holding-back, for some reason, the attendant was still shocked at how much we ordered. Well dahling, Filipinos can eat! ^_^ 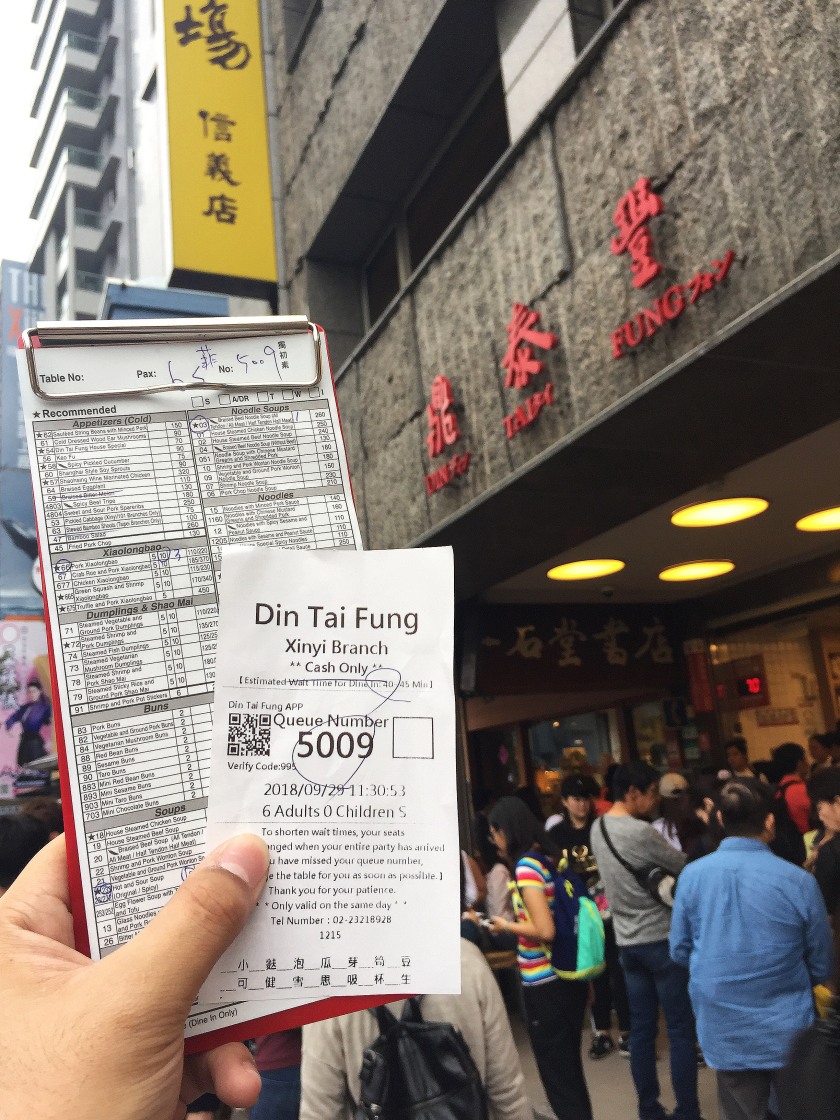 Before going to any Din Tai Fung in the world, it’s best to already know what to order to make everything quick.

Making sure our orders were right, and still within the budget!

This literally felt like a scene cut straight from a sci-fi/futuristic film!

Focusing on making those sought-after dumplings! 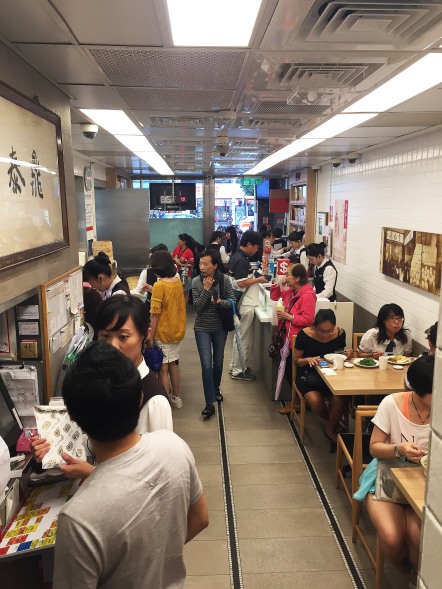 The service was top-notch. They really paid attention to our needs, keeping our comfort in mind. What I appreciated the most, was that their service crew were all looking really clean and well-groomed, and they all spoke good English. (Y)

Here they are! The xiaolongbaos that the world has gone crazy for! 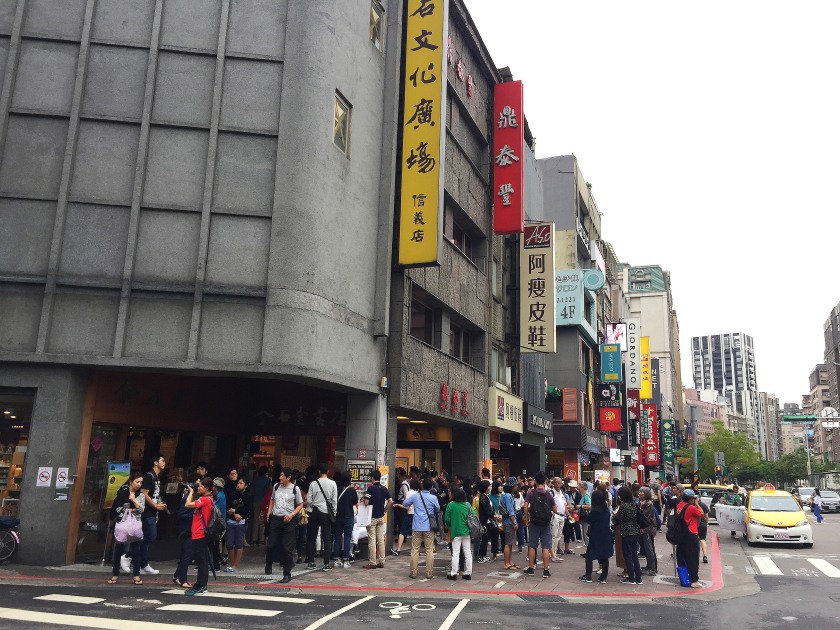 Just to give you an idea of how crowded it can get. Here’s Din Tai Fung at Taipei 101

When we came out of the restaurant, there were still so many people lining up outside, with even more tourists arriving by the busloads.

We didn’t know where to go next, as we didn’t have anything planned yet that day. We were trying to talk about where we’ll be going when we saw a U-Bike station nearby. 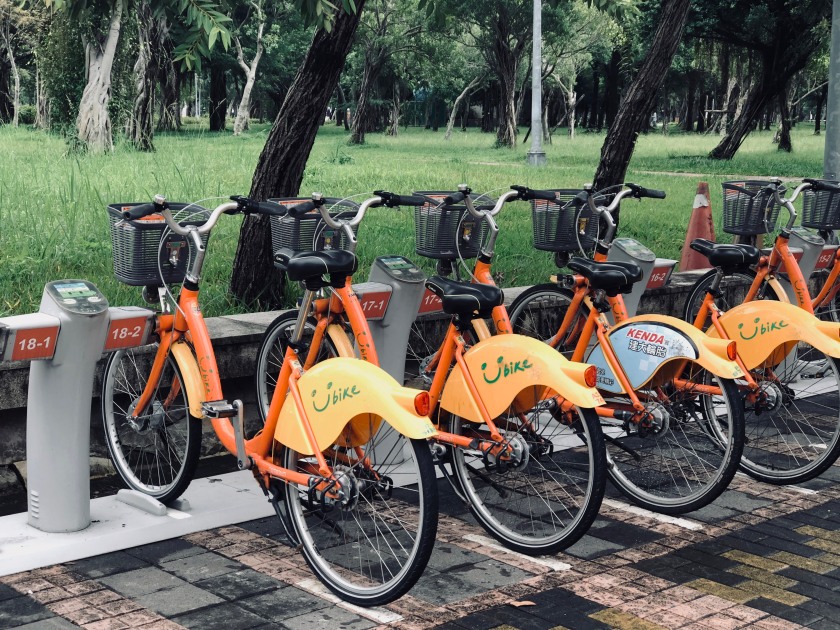 The U-Bike (bicycles) a form of public transportation around Taipei, which you can pick up from one station, and just leave in another. I was so game and I easily obliged as that day was in my favorite wind and gloom, so it couldn’t be more perfect! As soon as we figured out how to get one using our easy cards, one our friends, “Ian” (whose real name I shall keep under wraps for his security. 😛 ), suggested that we go to Peace Park (228 Peace Memorial Park). Unfortunately, we never found it. We were somehow sure it was in this certain area (the Presidential Palace grounds), and when we tried to ask the security guard on standby for directions or if that was it, he didn’t seem to understand. He just looked irritated and closed the gate on us. Okaaay. 0.o

Guess what, the joke’s on Ian. And we still keep chaffing him for it to this day. #suchbullies HAHA 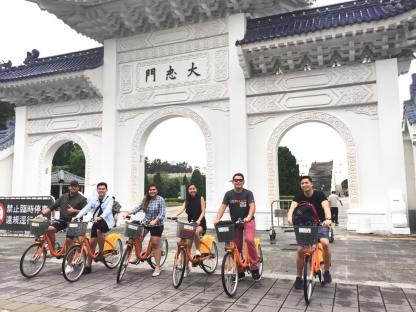 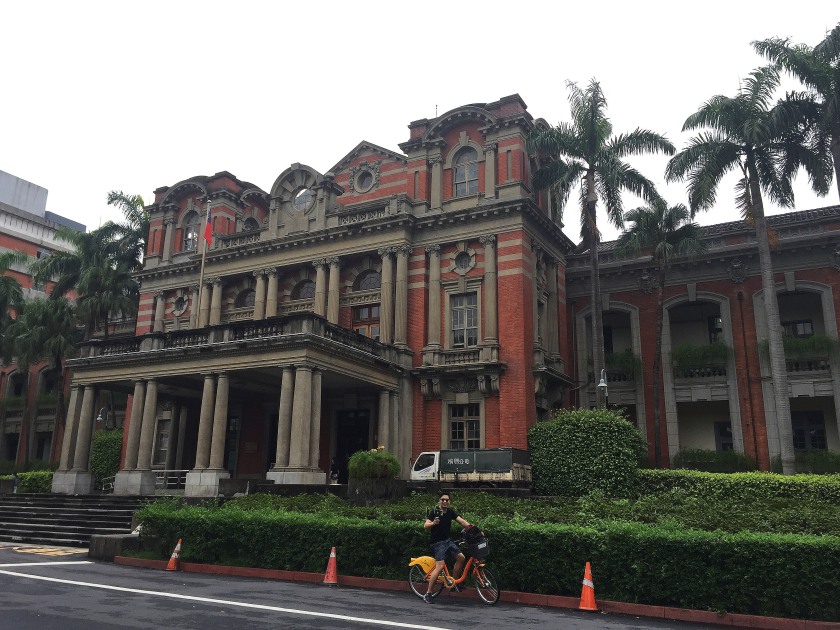 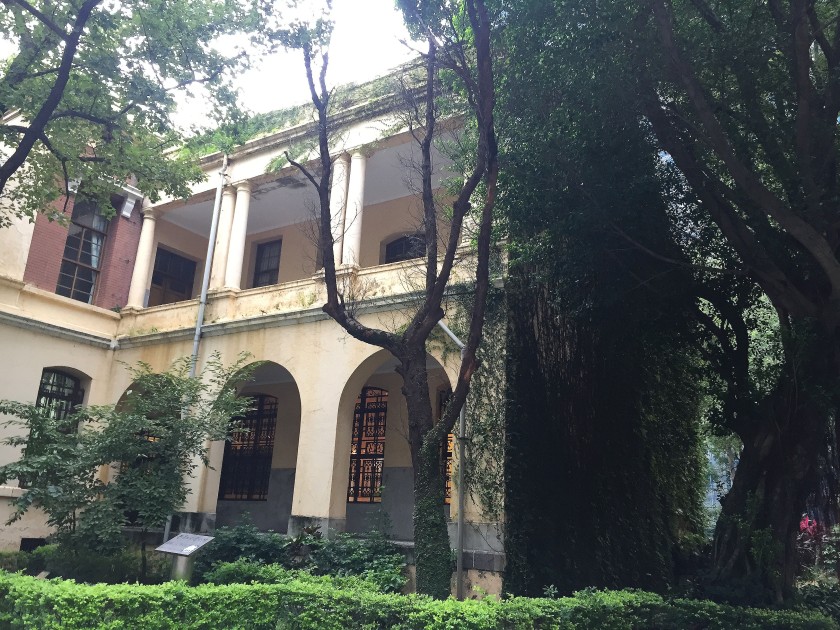 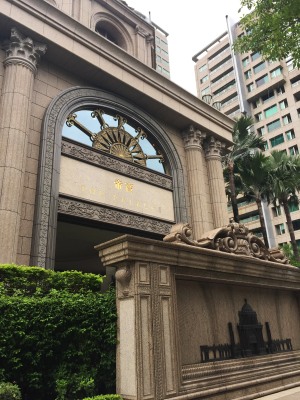 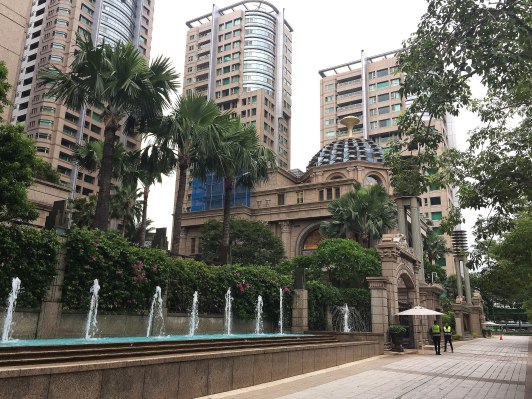 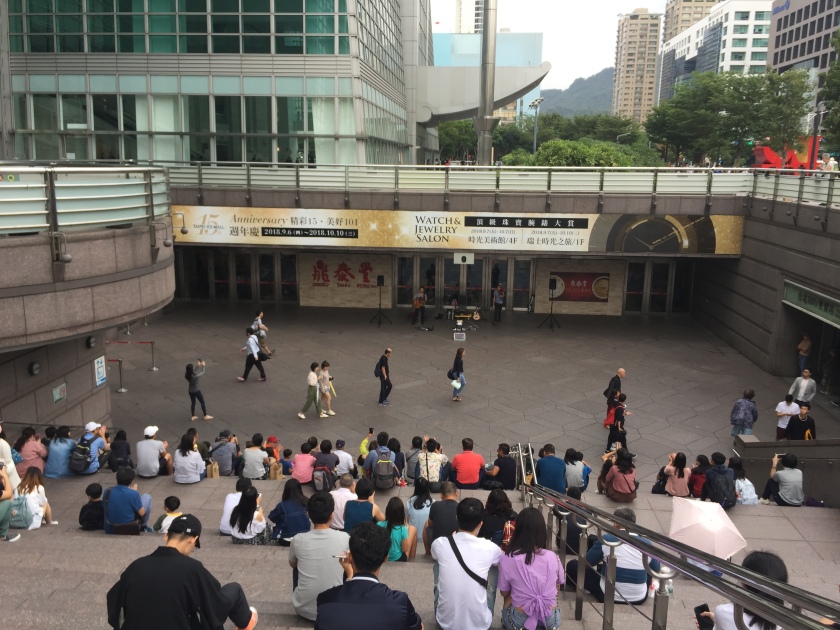 Taipei 101. How beautiful it gleams!

And so we ended up exploring downtown Taipei on 2 wheels, going round and round, passing by some major landmarks, and streets and alleys we never would’ve seen if we were on a bus or the metro. And that was really relaxing. Pat on my back for that 10-kilometer workout. 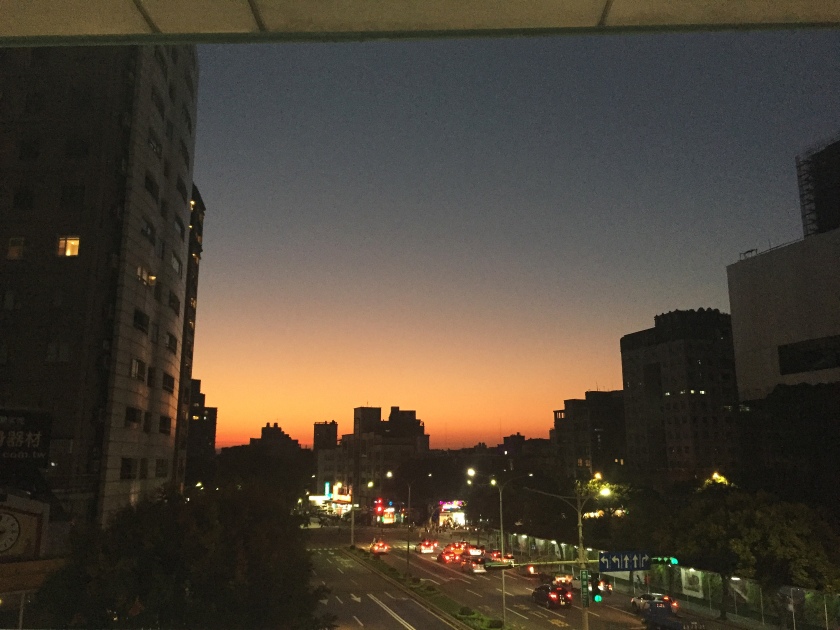 Sunset over Taipei. Our first encounter with the sun after 3 days

Once again, our apartment building right across Jiantan Station at Shilin 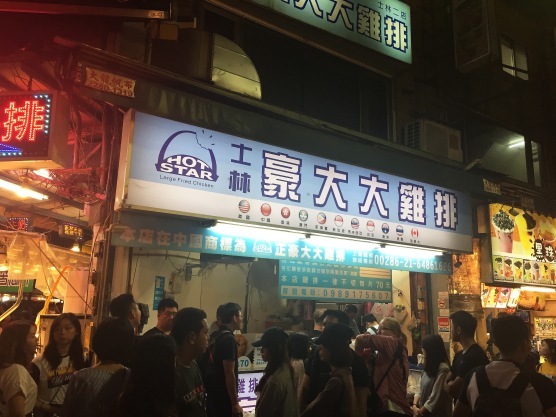 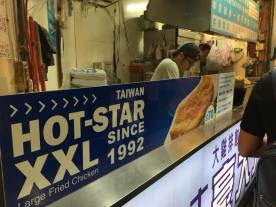 The infamous Hot Star Fried Chicken. It’s actually so big, even bigger than an average person’s face. Good for sharing.

People lining up for the fried chicken 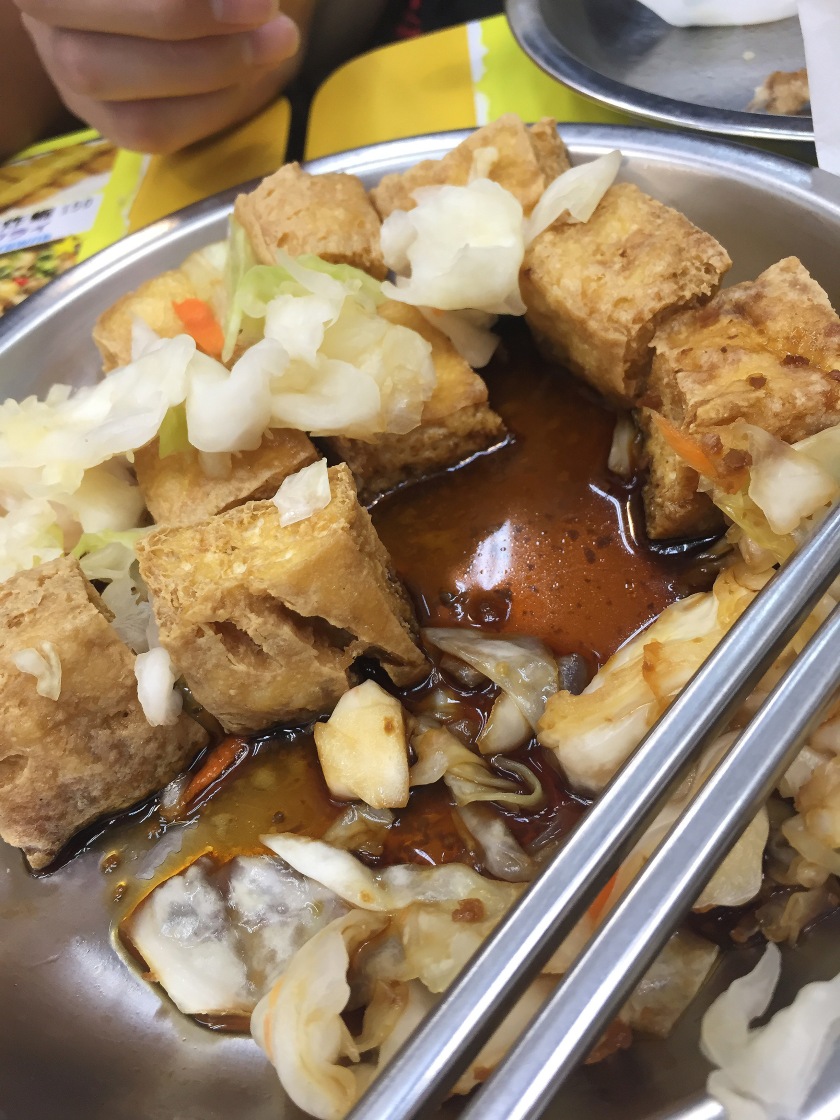 Another pat on my back for braving this Taiwan street food/delicacy, the Stinky Tofu. It tastes exactly as it smells. But I don’t think I will have it again. HAHA