Remember I told you we had to get up real early to make it to our call-time, and performed under the noon sun for 40 minutes? Well, this is it.

We just arrived in Korea that midnight when we were informed we were supposed to get on our first singing engagement in just a few hours! That’s not exactly the start-of-a-trip I would’ve wanted, but it was alright. Every time I travel, I somehow have this innate automatic shift into being adventurous. So I was up for the challenge. And perform, we did! 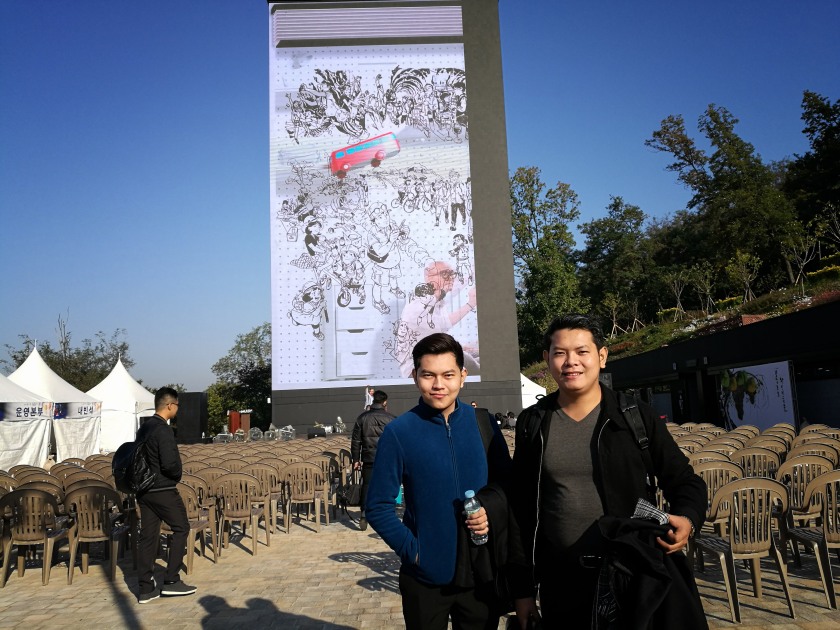 Early calltime. And take a look at that humongous cuboid LED screen!! 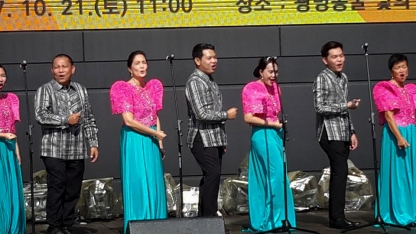 We performed right outside the mouth of Gwangmyeong Cave as part of their annual wine festival, where there’s an exhibit of artisan wines and other food items. They also had a stage with the largest LED wall I have seen in my entire life! 5-storeys high!

After performing, we munched on some Songpyeon and Injeolmi for a light fill before exploring the massive cave.

Gwangmyeong Cave is the largest themed cave park in Korea. Since its opening in 2015, it has become one of Korea’s highly-visited tourist destinations. The cave used to be a gold, silver, and bronze mine, with a lot of history. It also served as a shelter for miners and their families during the Korean War, after which, had been left abandoned for a very long time. 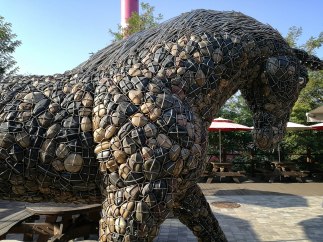 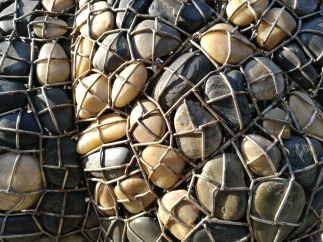 Open cafe. Well it really is!

Uphill, on the way to the entrance

The whole duration of our tour, I was just all wow. I can’t begin to imagine how they transformed such an enormous cave system into a massive entertainment complex. Done very tastefully, not compromising its original, natural features.

Inside the cave are some themed areas like the Wine Cave, Cave Aqua World, Gold Falls, Gold Road, Gold Palace, Horror Experience, Cave Basement World, Underground Lake, a large dragon sculpture, as well as LED light fixtures all around. But you won’t be able to explore them all if you won’t last making it through the very long flight of stairs down. And just when you thought it was over, then will you find another long flight of stairs going back up, and out. 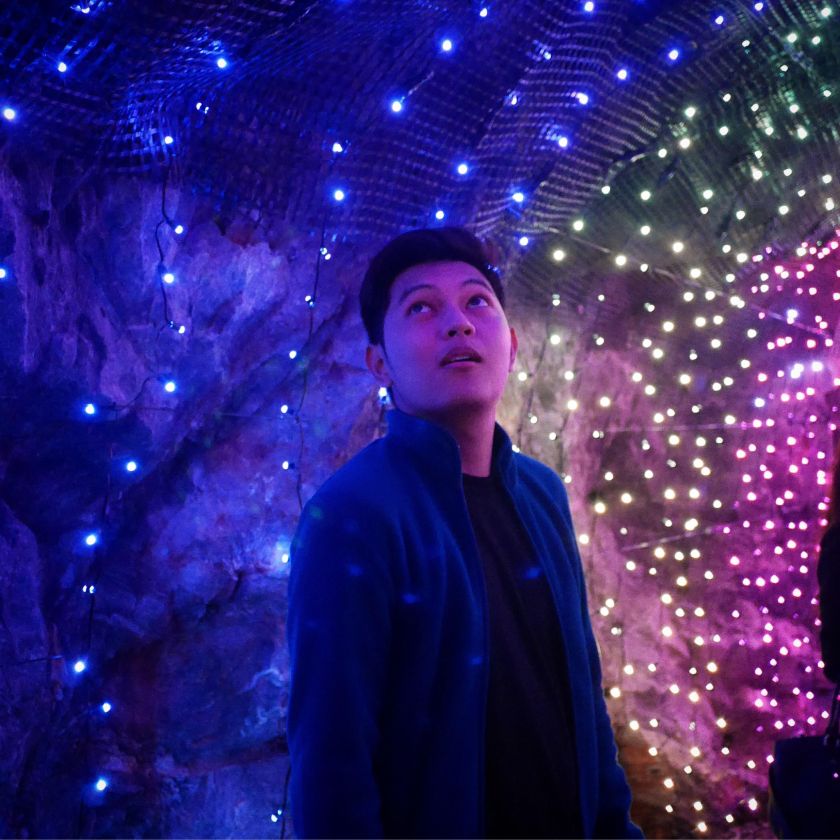 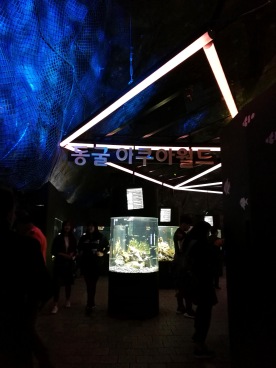 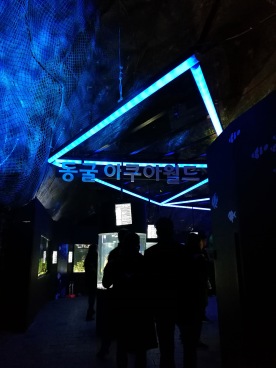 One thing that really tickled my amazement was a small performing arts theater right inside the cave, complete with video screens and a state-of-the-art sound system. A theater inside a cave?! C’mon! It really gave me that enchanting feeling of performing in one of those ancient theaters in Greece or Rome. I really do hope I get to perform there someday soon! #dreams 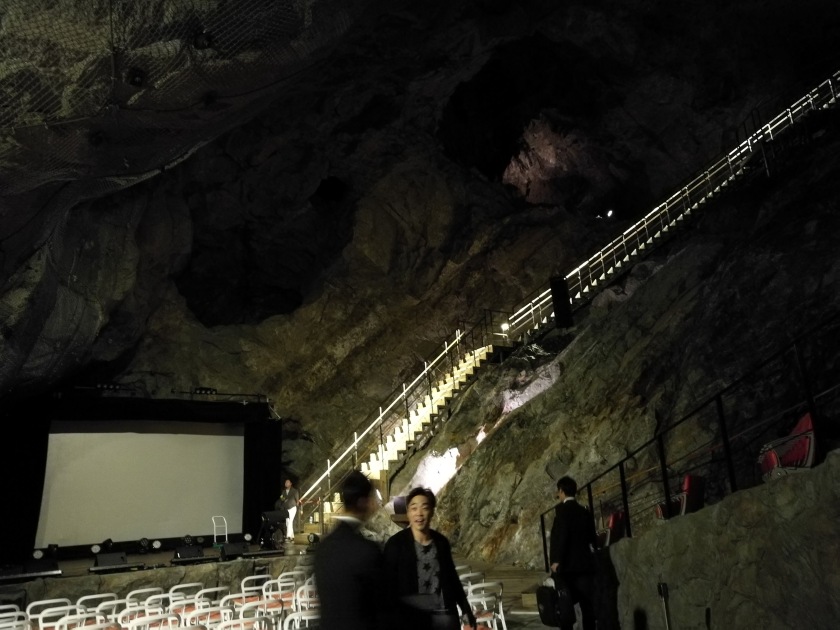 A miniature model of the theater. And the actual theater really looks just like this! 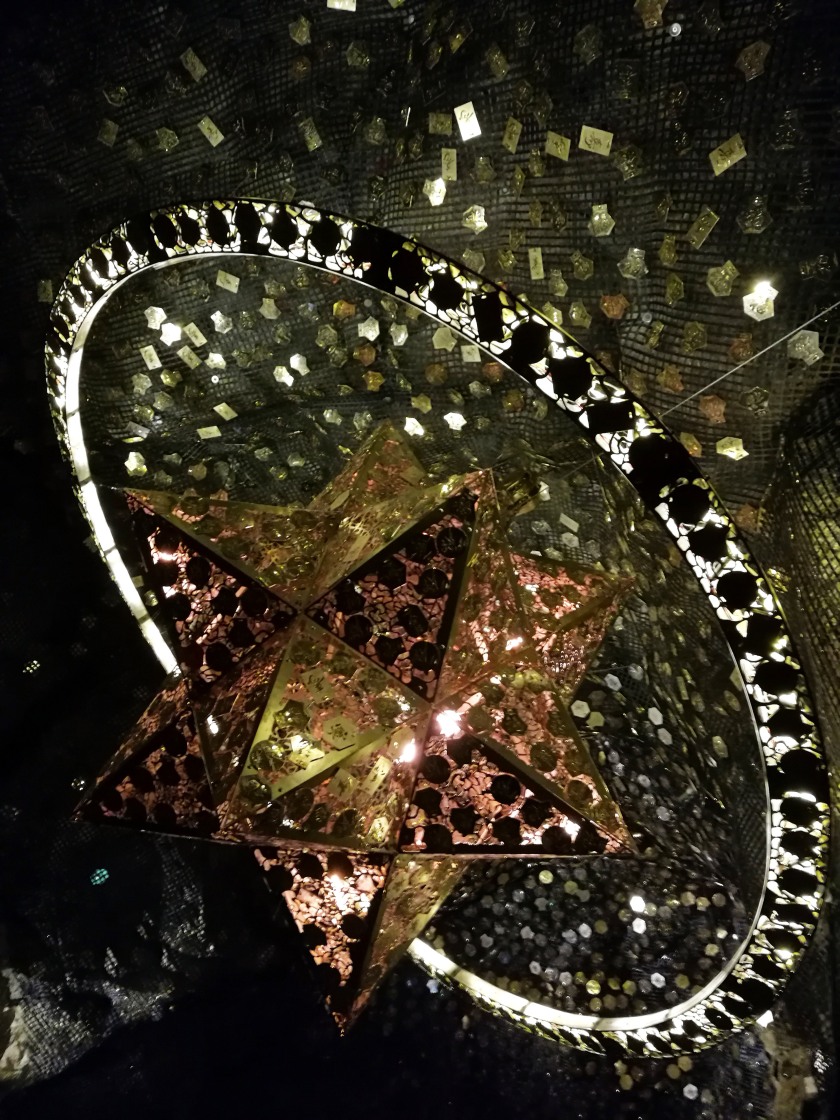 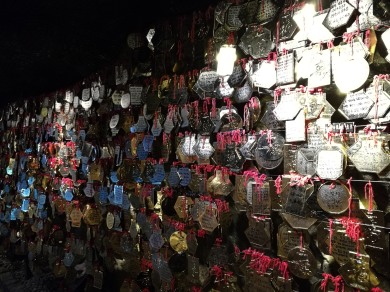 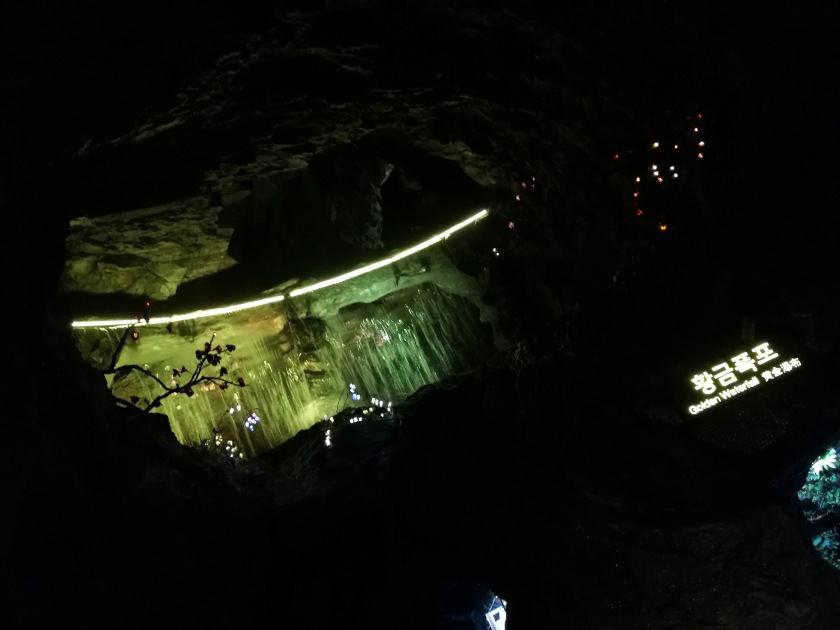 Stairs all the way down! 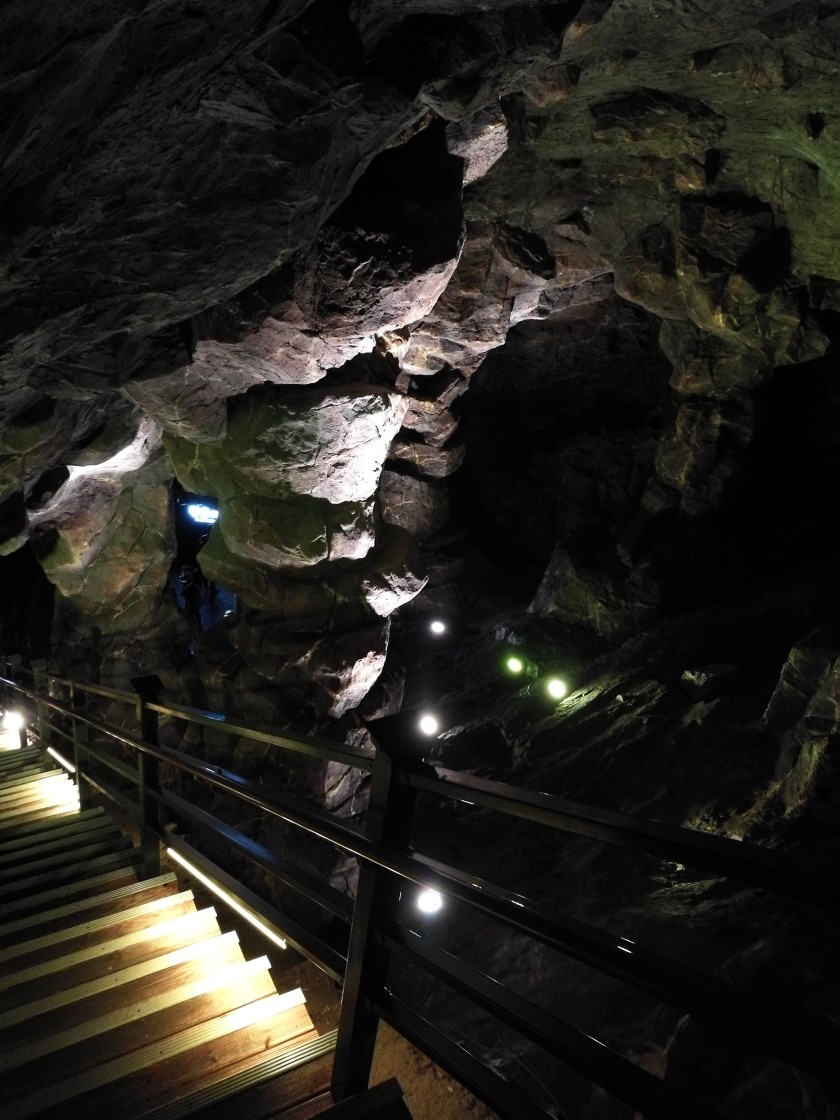 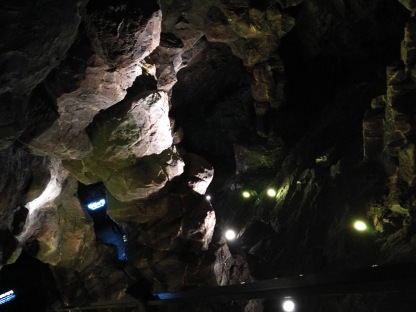 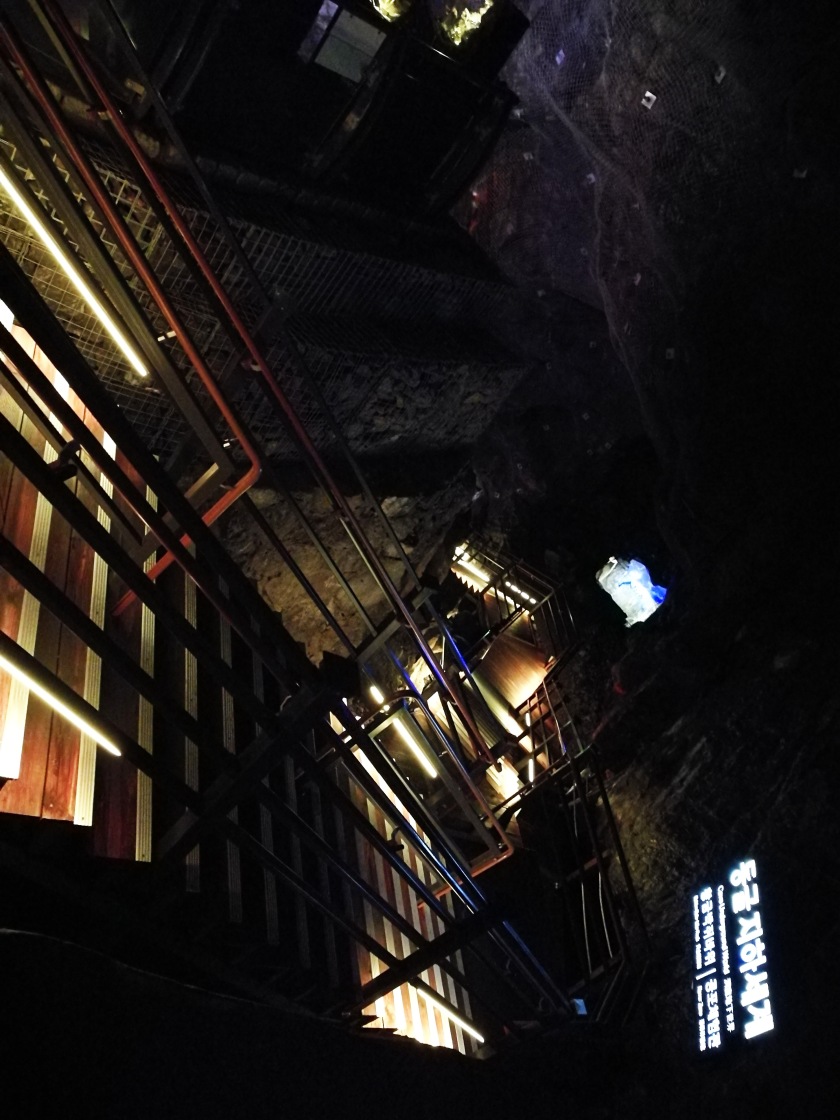 Finally going back up. But more stairs. 😦

Giving birth inside the cave

Life inside the cave when it was used a mine 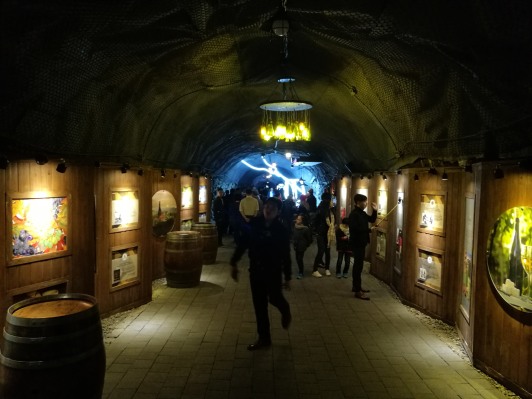 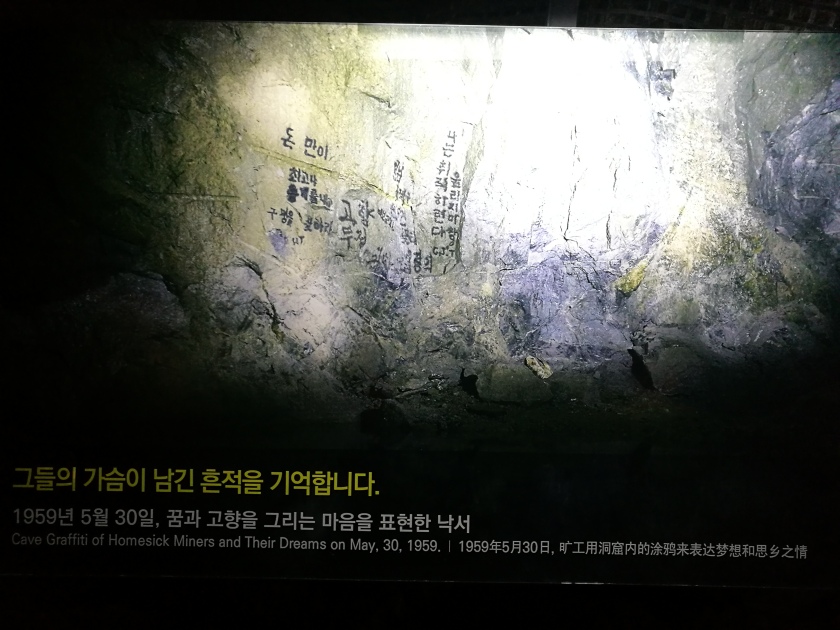 We made it out

Well, that was a fascinating trip through a historic site. We finished the whole thing and I’m already wanting to go back. The next time I do, I hope they will have already added new areas or attractions for exploration.

This cave experience is definitely not for the “faint knees.” You’ll need stamina and endurance to make it through. The pathways are generally safe, clean, and well-lit, but the stairs will kill you. I’m serious. haha 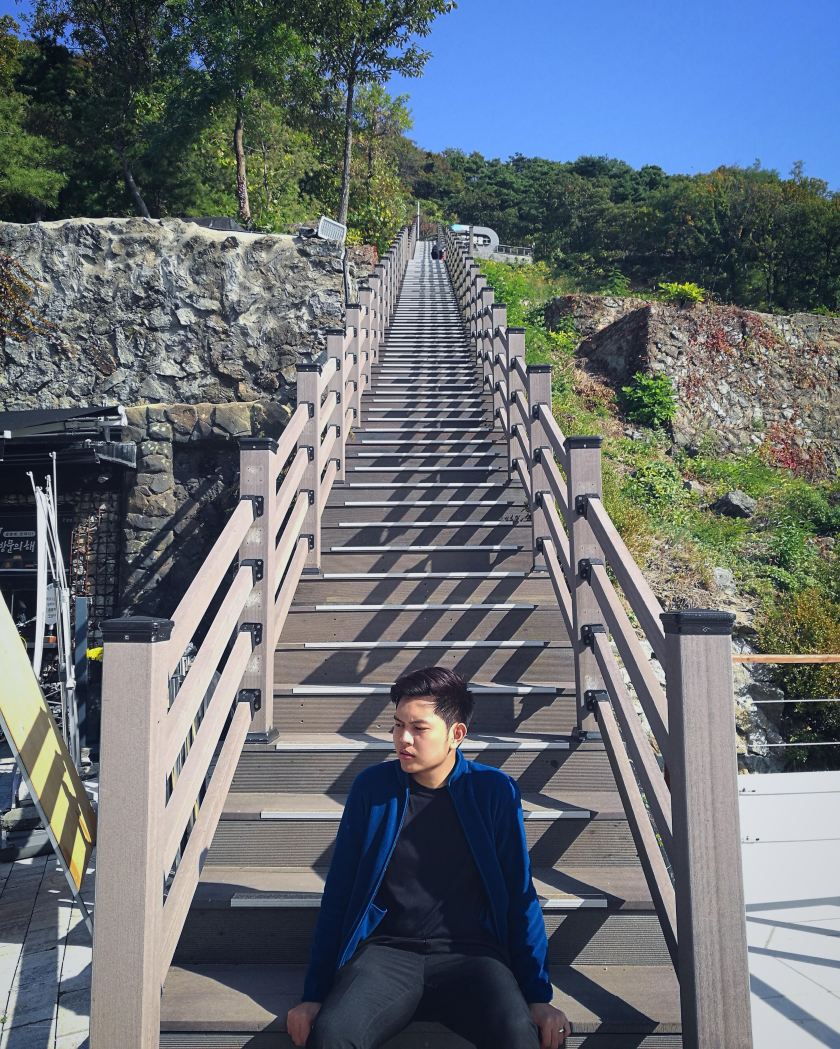 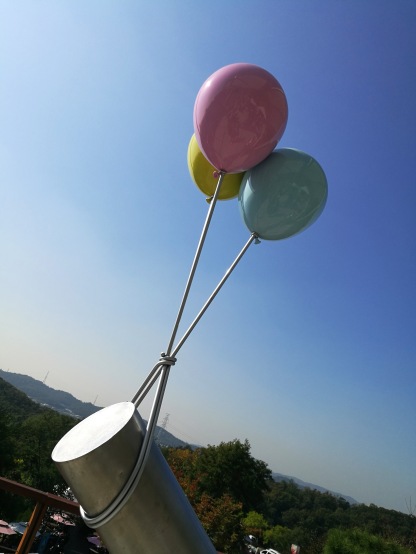 A drink they gave to kids for free. The bottle in the form of a light bulb

To those planning for a visit, do it on a weekday so that there would be fewer visitors…fewer people to compete with on very picturesque spots. Then, you’ll have the place all to yourself. Also, don’t forget to bring a jacket. It’s quite chilly inside.