One of the hardest moments we get to experience in life is when vacation’s about to end. Moving on just doesn’t seem to get to you, except separation anxiety. And it just gets even worse each passing day.

Well, on the last full day of our Australian vacation, we just went on a public transport-riding spree. Sydney’s public transport systems (Opal) are very pocket friendly, as they have a $15 daily cap on weekdays. Meaning, you just ride and ride, and once you’ve reached the $15-cap, then your trips for the rest of the day are absolutely free. Ain’t that awesome!

It was Mardi Gras 2017 in Sydney that day, so we chose to avoid the revelry at CBD and made our way to something more laid-back. From Homebush station, we took a train to Central to change lines, and then to Bondi Junction. From Bondi Junction, we took the bus to Bondi Beach. 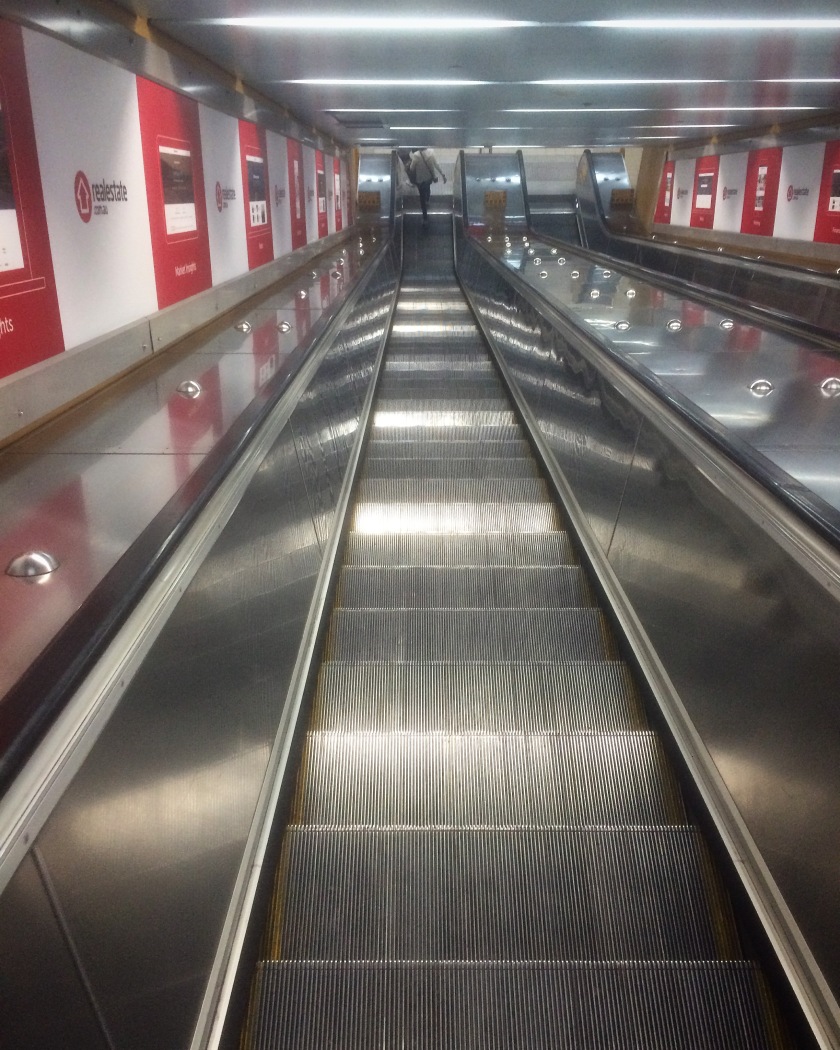 We were all looking forward to a sunny day at the beach, but the weather got it all differently planned out. It was raining like crazy and I guess, the wind couldn’t help but show off too. Needless to say, the temperature drastically went down. So much for Australian summer–extreme rains and winds! Psh. Fine by me. There was no stopping me from getting those shots I so-ever-dreamed-of, at such a world-renowned beach. 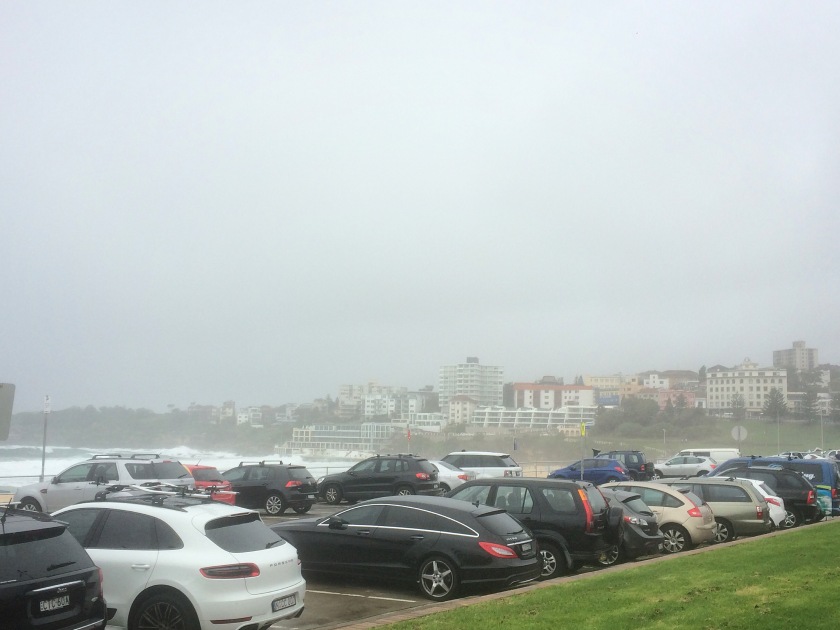 It was so cold, but many people still enjoyed their time in the water. There were surfers, joggers, and tourists like us. Lifeguards in their bright uniforms were also quite a sight. 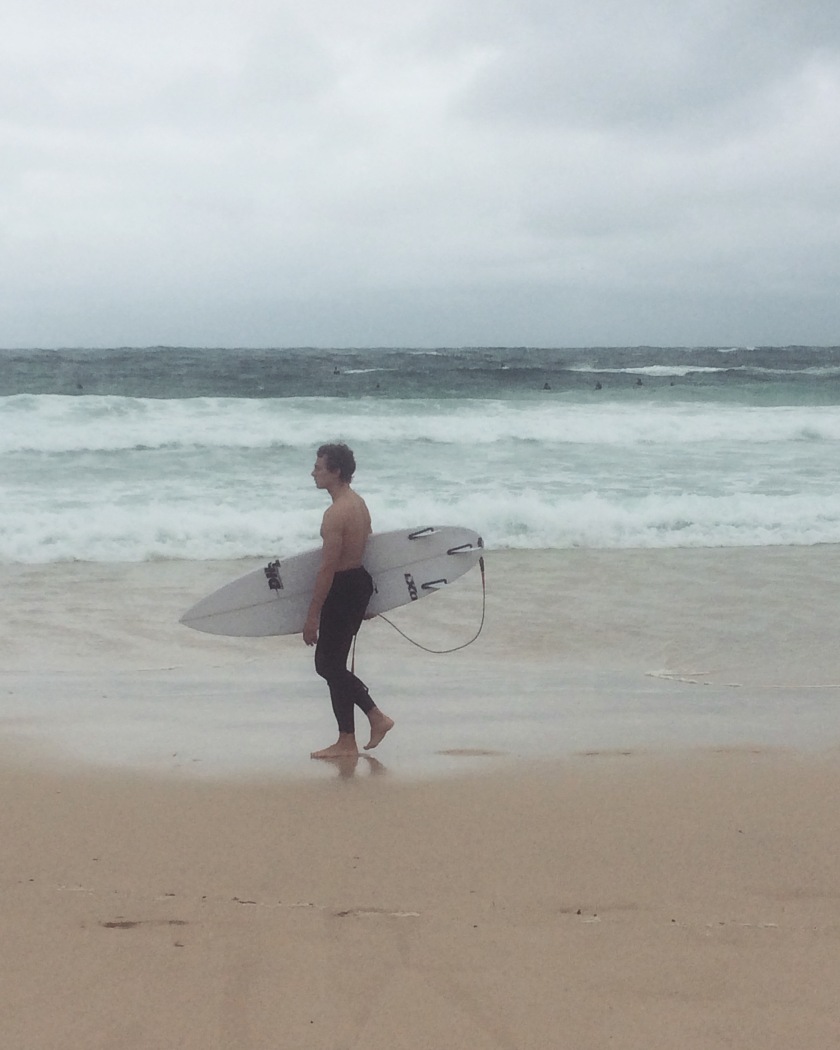 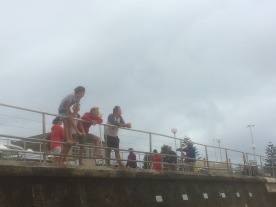 Tons of tiny blue-bottle jellyfish and that other kind washed ashore. Like the whole stretch! 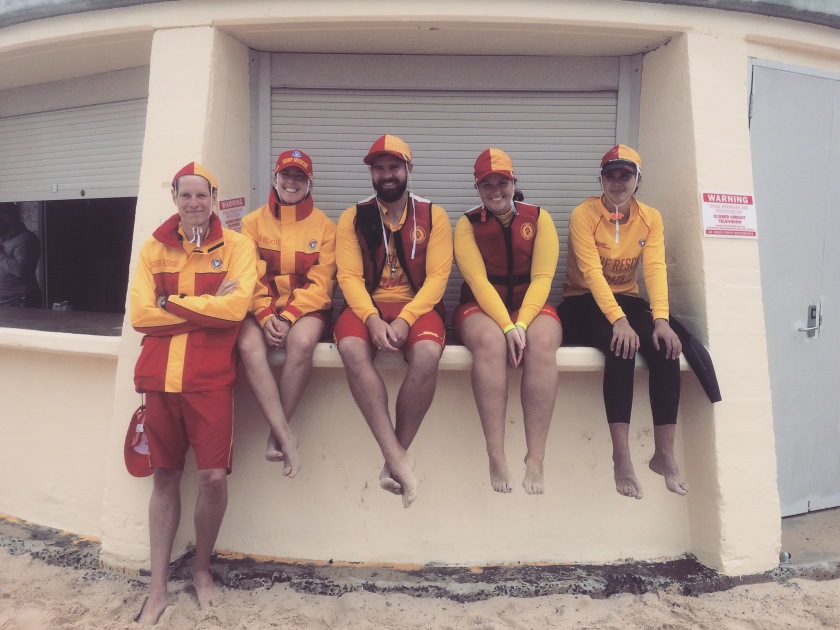 To wait till the rain passed, we sheltered in Bondi Pavilion, then had some snacks at McDonald’s. We took the bus back to Bondi Junction, and made our way to Circular Quay. For lunch (at 3pm), we had Hungry Jack’s $5.95 Super Stunner meal (the one I had told you about in Melbourne). And before we knew it, we were already on a ferry to Manly! 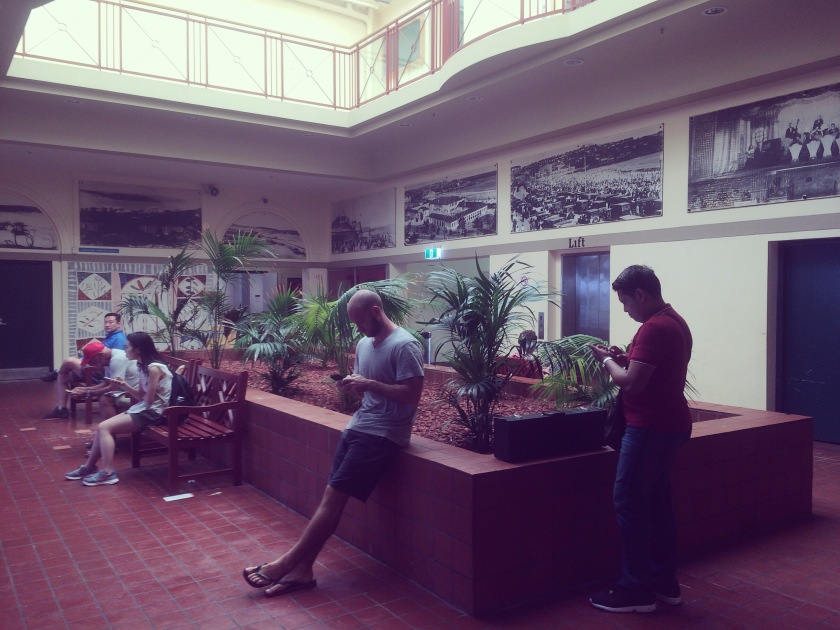 Free Nescafe coffee enhancers. It doesn’t look like it, but the guy on the 2nd photo (foreground; beside my brother) is half-Filipino. 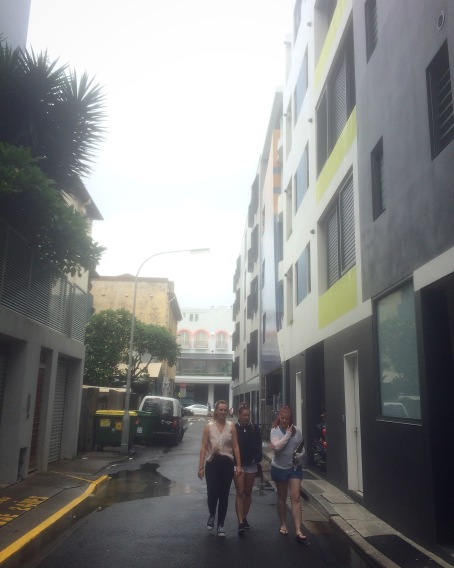 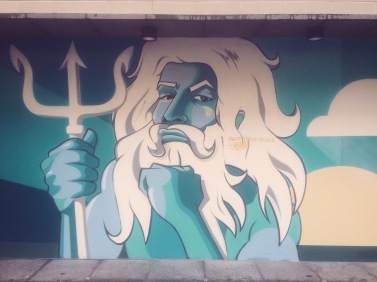 A bench in mosaic tiles resembling a large boomerang

It was a weird day. We didn’t know what was going on, but it was like almost all of Sydney’s hottest and most good-looking youth converged in the same island. The ridiculously huge waves were nothing compared to that “beautiful view!” HAHA 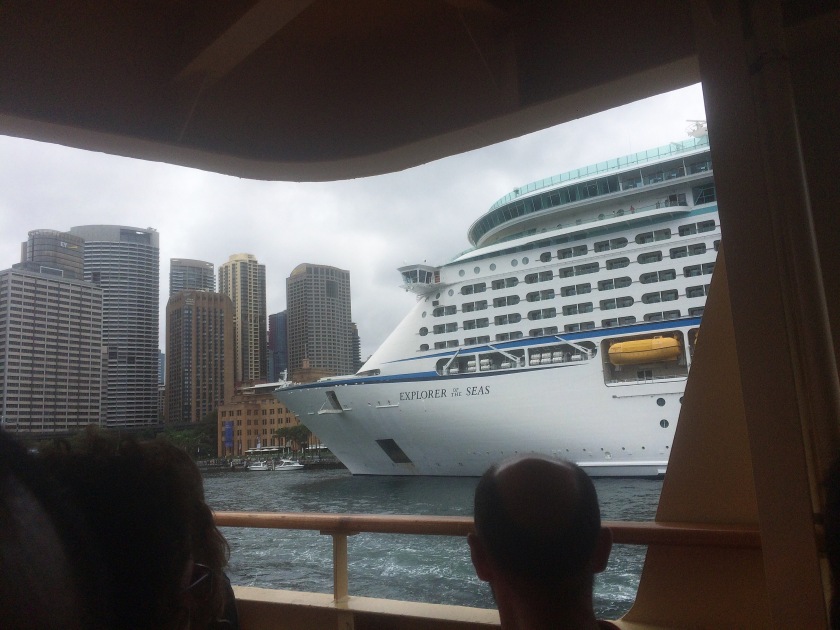 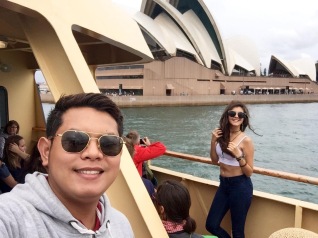 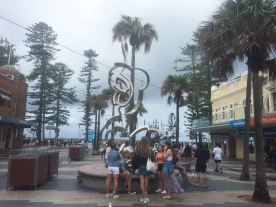 Side view, back view. 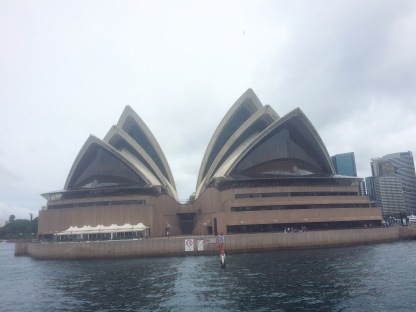 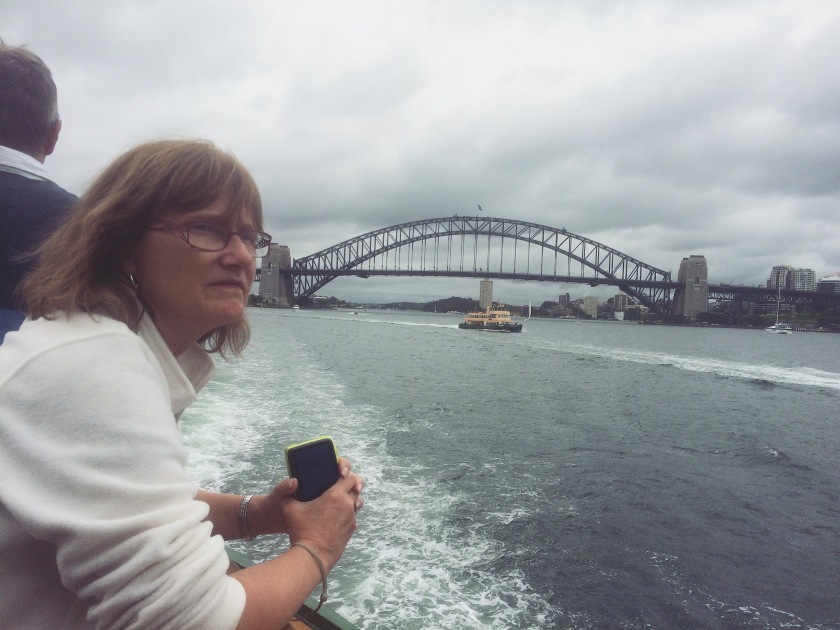 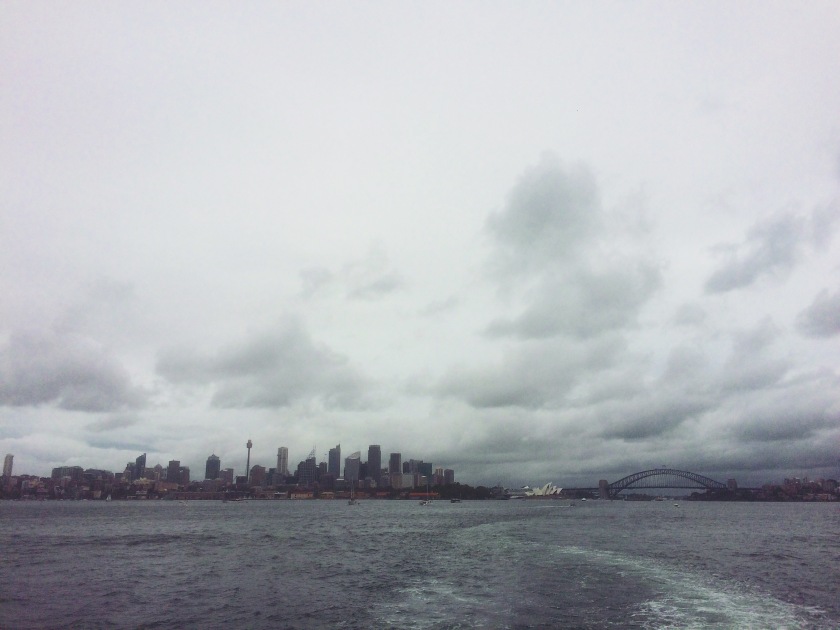 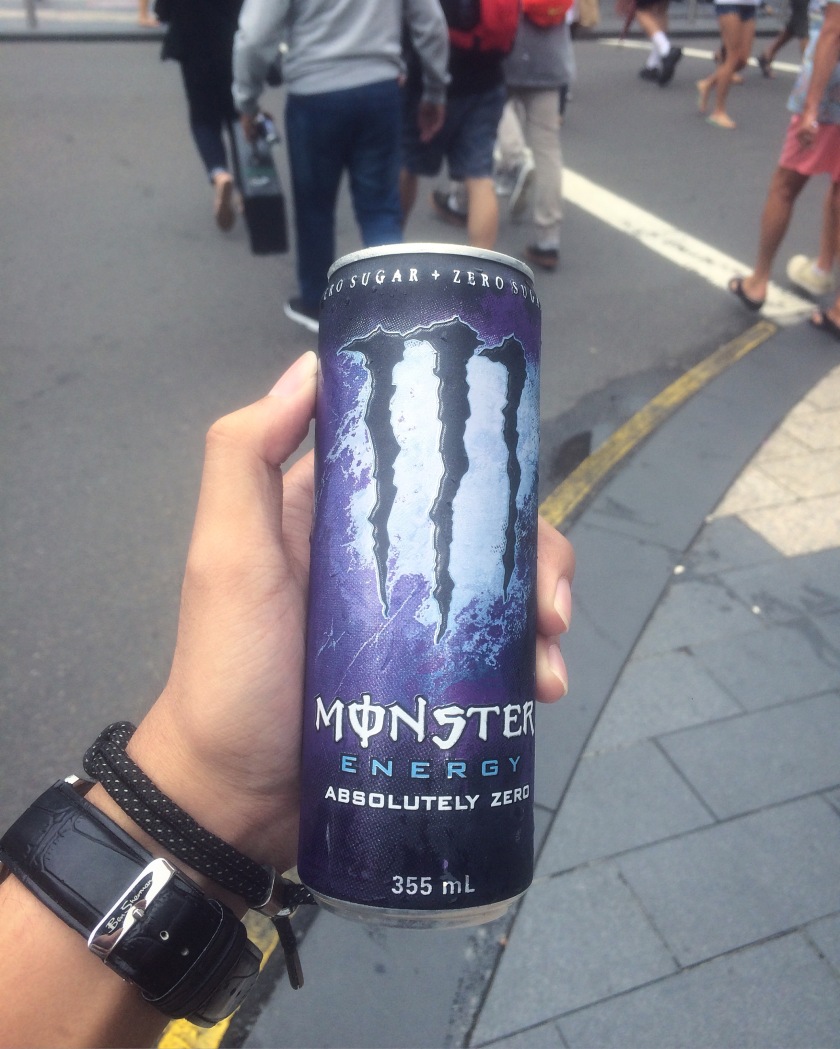 In this tournament, they must do workout challenges in a cycle, as a team. First team through, wins. 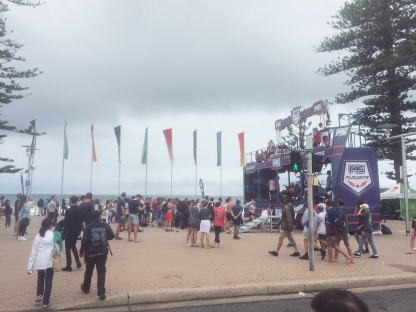 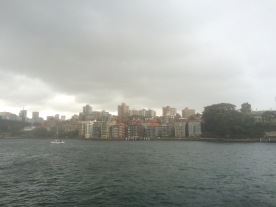 After Manly, we got on the ferry and just cruised (no gettin’ off) the whole route. Manly>Circular Quay>Milsons Point (Luna Park)>McMahons Point>Balmain>Pyrmont Bay>Darling Harbour>and back to Circular Quay. That way, you get the sailing experience and the picturesque views without having to pay for pricey tour cruises. Just bring yourselves a bottle of wine (or beer, for the rugged) and your set. Same experience, cheaper price. Fab, isn’t it? 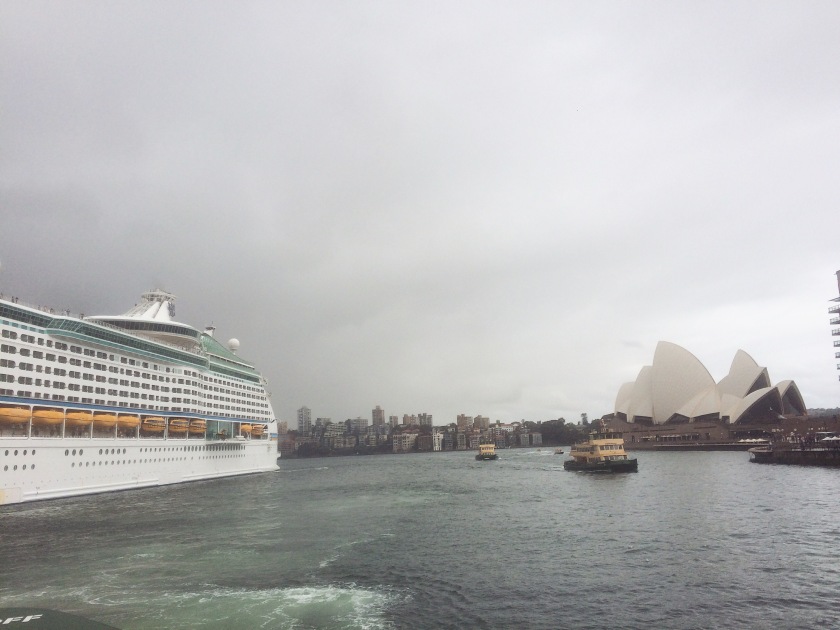 Back in Circular Quay

On for a ride

But first, lemme take a selfie. 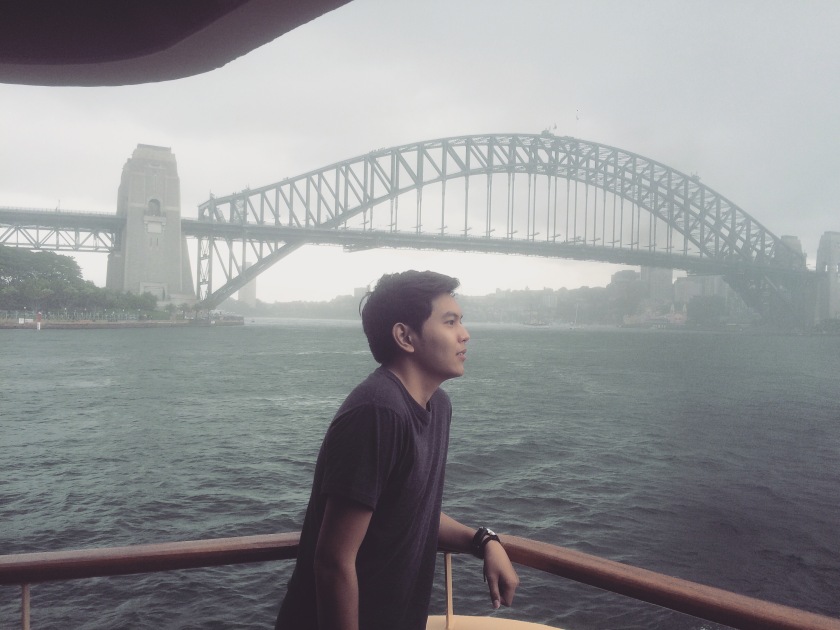 Hurry up and take the shot! I’m getting wet in the rain!! 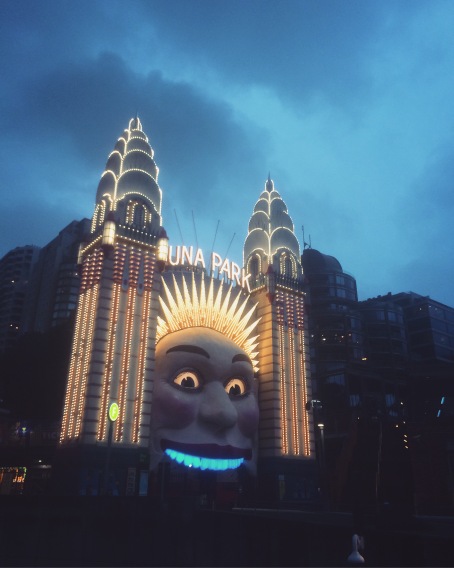 The infamous Luna Park. But that face just creeps me out.

Can’t believe 10 days went by so fast. With just a wink of an eye, we were already down to our last dinner on Australian soil. We tried out Maenam Lao & Thai restaurant in Strathfield Plaza for some hearty Asian cuisine. After the meal, we witnessed an altercation of a group of Asians right in front of a 7-Eleven store. What a way to wrap up our vacation. Australia’s so surprising like that!

4 thoughts on “AUSTRALIA 2017: The last of the Australian summer at Bondi Beach and Manly Island”