Nope, this is not some click-bait. We really did meet some kangaroos on the way to the mental!

A trip to Australia wouldn’t be complete without seeing some authentic, Australian kangaroos. Like most tourists, we had our eyes on Taronga Zoo, probably the most popular zoo in Sydney. But our hosts had another thing planned. Instead of paying at least $46AUD ($41.40 online) per person for gate fees to Taronga, we decided to drive all the way up to Morisset in Newcastle, City of Lake Macquarie, to meet wild kangaroos in the forest. And it’s free! 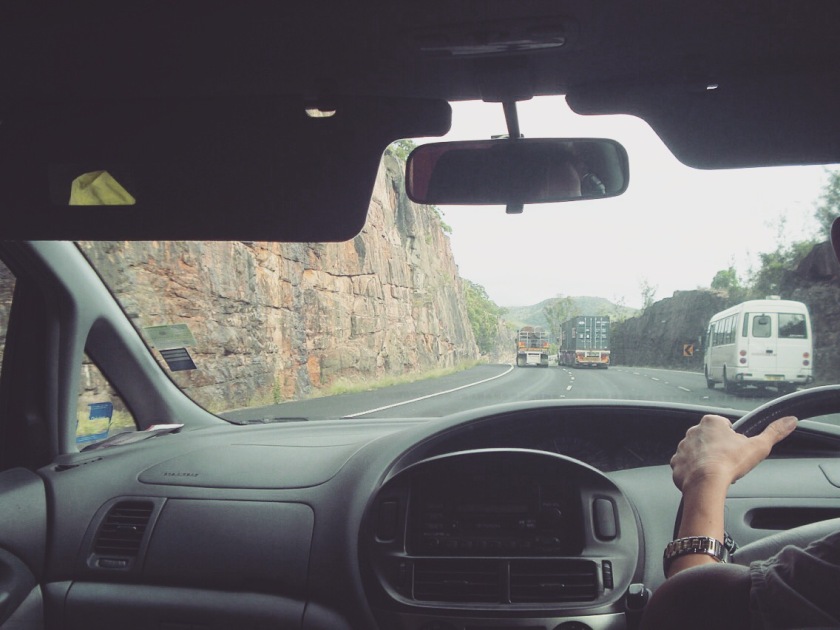 The long 2-hour drive started making sense when we found a kangaroo standing at the side of the road to Morisset Mental Hospital, right under a speed sign, seemingly acting like an usher/greeter. I was imagining him holding a “this way to more kangaroos” placard, because he really looked like it! haha I tell you, there was nothing cuter! If we could only take him home. Sigh.

We were there early so we basically had the entire forest to ourselves for quite some time, though a few tourists came shortly after we arrived, but overwhelmingly, there were more kangaroos than humans! We brought thinly sliced, long carrots, so making them (kangaroos) hang around won’t be a problem.

This is one thing to consider when visiting Sydney. If you want the ultimate kangaroo experience, the best way’s to go wild. You don’t really get that personal interaction from the zoos. And the best thing is, it’s for free! You only have to make your way up to the forest in Morisset in Newcastle (around the vicinity of Morisset Mental Hospital). You even get to spend as much time as you want with these curious creatures. But of course, getting so near the kangaroos is not advisable. You might be there on their bad day, and they just might randomly attack you. haha 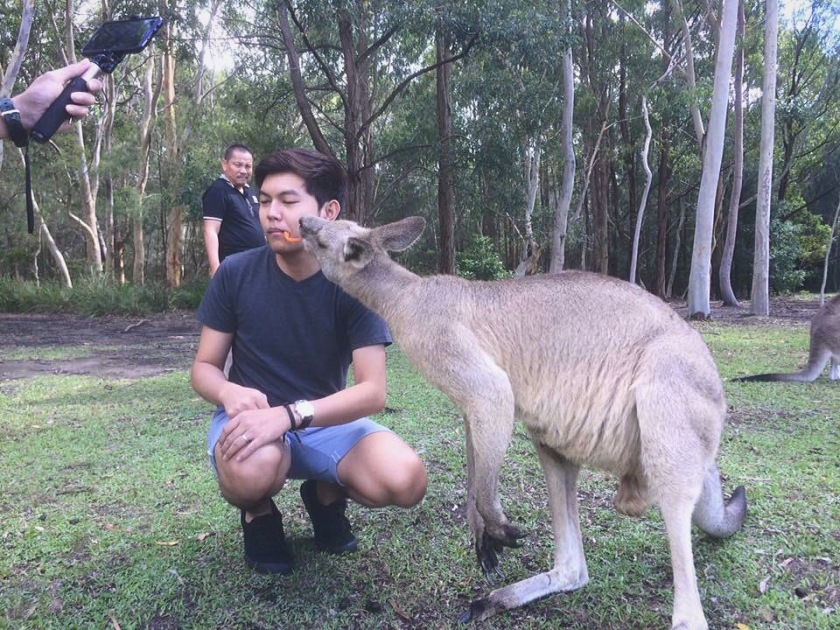 A little treat to loosen things a bit

They know their selfies too!

What a touching moment to behold

I guess they like me more than the other guy 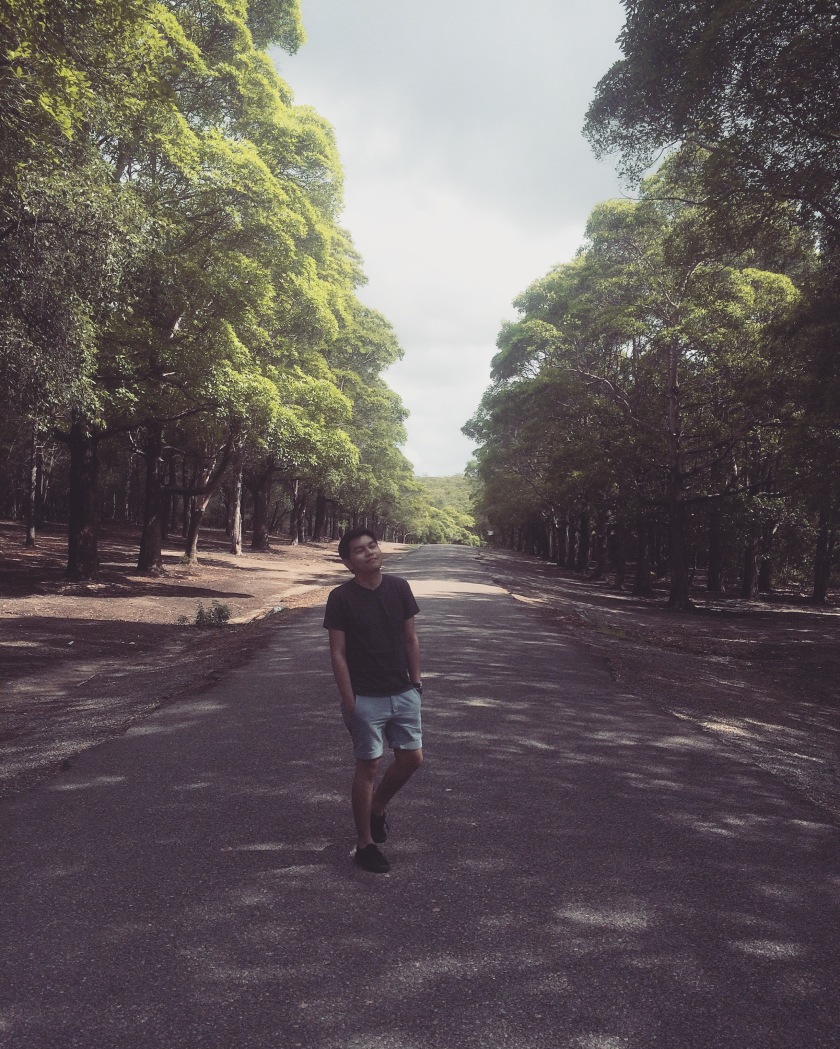 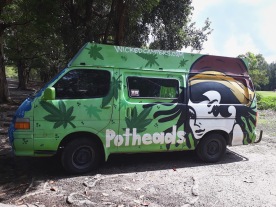 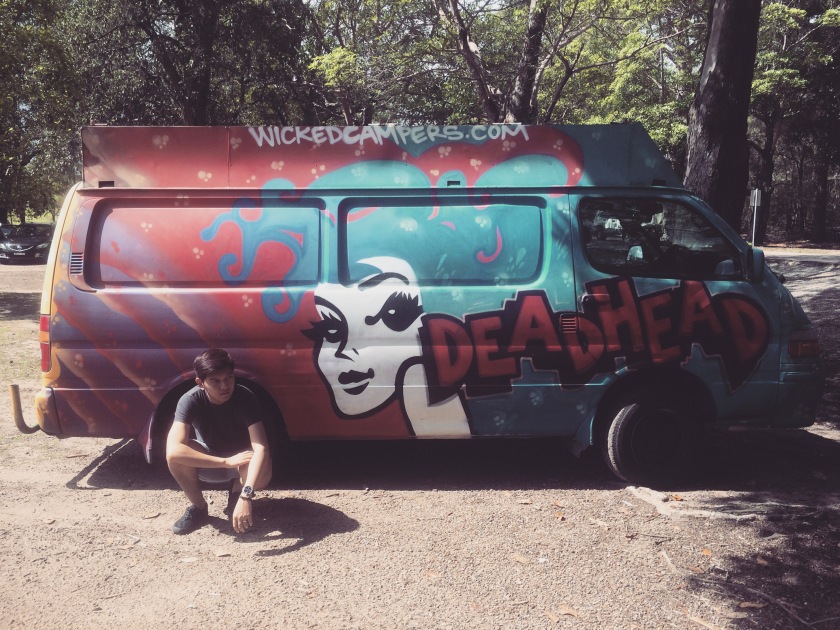 After, we went to Woolworths Morisset to buy some food for lunch. It’s essential to note that Morisset is a major retirement suburb. Shock turned to amusement, seeing almost everyone in the mall were at least 65 years and above. It was even cuter to see a line of only old ladies at the salon, getting all dolled up. Mani, pedi, and hairdo!

We had lunch at the our hosts’ sister’s lovely waterfront home near Wangi Wangi Point. Most of the homes around Lake Macquarie are very reminiscent of Malibu. Cliff-side, waterfront villas, with their very own boat docks, also quite like those in West Palm Beach, Florida. Driving around you can see so many yachts and sailboats anchored, just spread out across the lake. That trip was definitely very refreshing for me whose face had been up on all-things-urban. 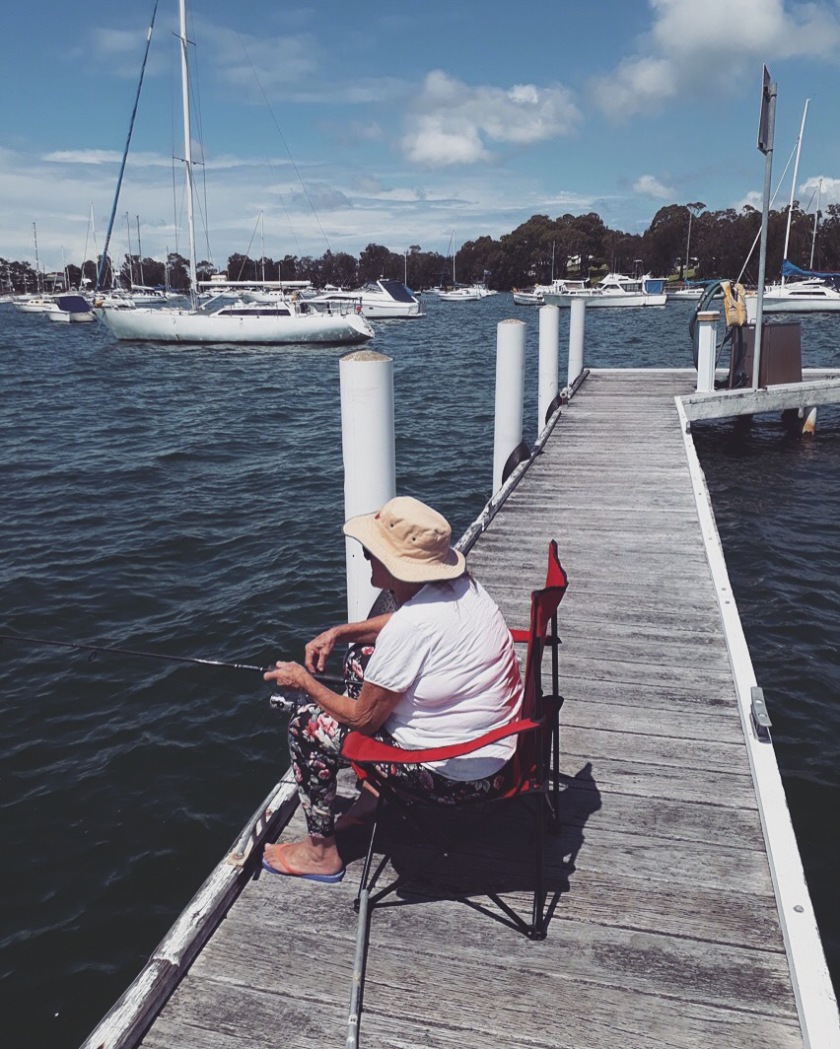 This old lady said there are sharks in this lake!!