I had just gotten off Facebook after watching  global music royalty, Carrie Underwood’s skydiving video in Sydney. I said to myself with much conviction, “I am definitely doing that!”

It’s quite known to most that skydiving really is an expensive thing to do. But I’ve made a resolve that I would just save up for it since I still had a few months before the trip. I did a lot of research, looking into other skydiving companies in Sydney because I just might find something better (or cheaper). But I figured,  I’d like to do it where the stars did/do it. Numerous celebrities from around the world had done their jumps with Sydney Skydivers, even our very own Philippine personalities. I guess I felt more secure, entrusting my life with them. haha They count hundreds of jumps a week, so they surely know what they’re doing!

The day before the actual jump. I was almost certain that I wouldn’t do it anymore. Though I had saved up for it, I was already somehow overwhelmed by the whole trip expenses, I was thinking of maybe doing it some other time perhaps. I didn’t want to go home broke you know! haha My brother had already made up his mind that he’s not doing it, while my sister was very persistent. She kept bugging me to already make the reservations online as it would be cheaper by a few dollars. I told her to give me a few more moments to decide.

Then, I caught myself browsing on my Facebook news feed, and suddenly, I was tagged on a video of my friend (who is a TV host in Cebu), which was all about a feature on skydiving in Bantayan Island, Cebu. I was so fired up! And so I just quickly checked that skydiving company in Bantayan for their rates, and it was even more expensive at almost $500AUD. “That’s it! I’m doing it here in Sydney!” I said to myself. haha

Assembly was at the company’s headquarters just a few meters away from Central Railway Station, at 7am. We were worried it would be cancelled because it was raining very hard all night till that morning we were trying to make our way to Central. Sydney Skydivers provides free shuttle to-and-fro the site. Their check-in and departure lounge also has free coffee, tea, etc., for jumpers. Anyway, as soon as the whole group was complete, we immediately left.

We got to the site in Picton after an hour and a half due to traffic and heavy rains. After registration and a very short briefing, we had to wait till the rain stopped. I personally requested for this awesome guy (IG: @eunsungbaek), to throw me off the plane as he was also the same one who flew THE Carrie Underwood off the exact same plane and sky. We waited over 2 hours to finally fly off because of the non-stop rain that day. 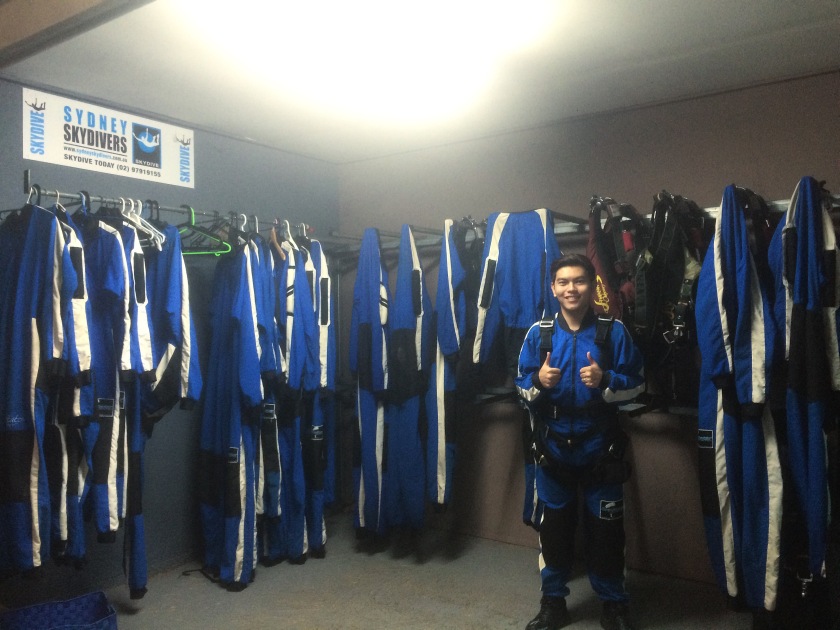 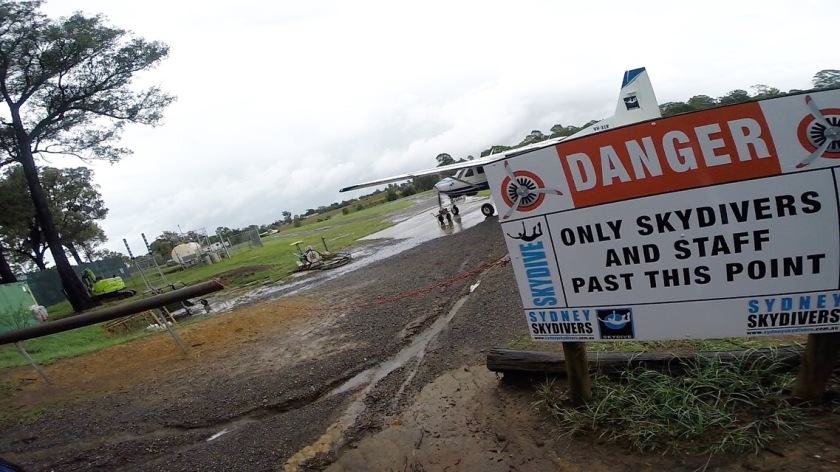 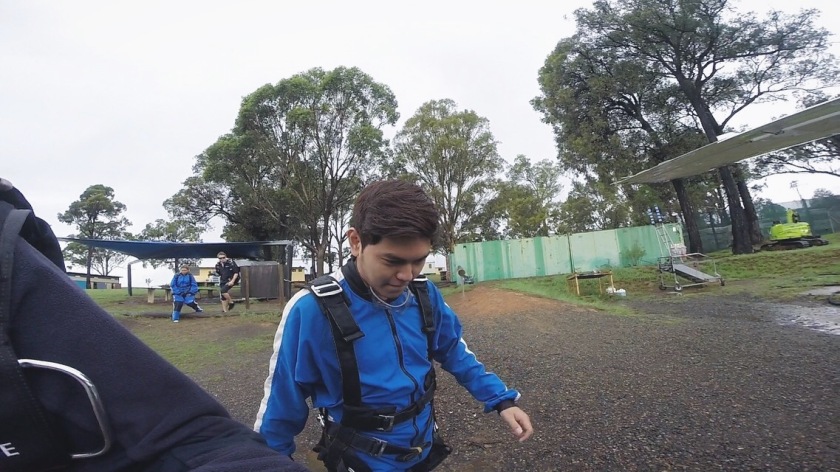 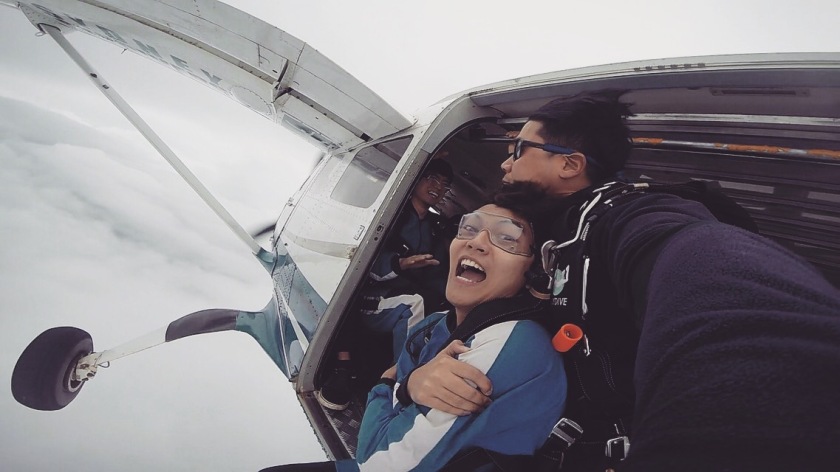 There’s no turning back!

What did I just do with my life!!

It was definitely one of the craziest adventures of my life! I believed I can fly, and so I jumped off a plane and did. It was one of those moments where adrenaline and thrill were making your jaw lock and your heart pound like crazy. The weather was too cold too, I was having chills! haha

Jumped into an all-cloudy sky, 14,000 feet high, and pierced through its strong current and boom, glory! All I had in mind was that I land smoothly and not hurt my butt! haha As soon as the parachute is released, a very strong force pulls you up. I had bruises on my armpit and inner thigh areas because of that force on the tight harness.

I expected skydiving to be very nauseating, but it wasn’t at all. It only gets a little uncomfortable when they maneuver or glide the parachute (the same effect you get on roller-coasters). I was a little nauseous when we landed, but nothing very unbearable, while my sister was sick for the rest of the day. She even threw up the moment she landed. haha

I cannot express further how I want all of you to really try skydiving at least once in your lives. It’s a totally, one-of-a-kind experience you can be very proud of. Hey, not a lot of people can tell their children and grandchildren they jumped off a plane and survived! haha

Here’s the full video of the jump: