On our second day in Sydney, we planned on going to Bondi Beach. But coordinating with friends didn’t work out, so we ended up taking the train up to Katoomba instead, where the Blue Mountains and the Three Sisters, Meehni, Wimlah, and Gunnedoo are (Aboriginal legend).

The train trip via Mount Druitt-Penrith-Katoomba took around an hour and a half. Getting off at Katoomba, we found ourselves in a flock of other backpackers. Since we didn’t do prior research or planning for the Blue Mountains trip, we didn’t know where to go or what to do. We really didn’t know what to expect. Love spontaneity!

Most of the other tourists got on the Blue Mountains Explorer Bus hop-on/hop-off tour, so we got on it too (herd behavior! haha), because we didn’t even know there actually is a public bus that goes around the spots. The tour costs $40AUD per person (quite staggering considering there were 7 of us), but the lady (with the very cute baby) at the company desk was so generous to give it to us for only $38.

I found Katoomba very quaint. It’s one of Australia’s favorite honeymoon and retirement areas. The town has a lot of old establishments and large country homes. I felt like I was transported to another era, and I loved it!

Anyway, we only had time to check 3 spots at the Blue Mountains. The first, I forgot what it was called, but I remember doing some trekking to get to that viewpoint. Next, we proceeded to Scenic World just to see what was in there (can’t believe I forgot to take photos). We didn’t get on the rides as we really were doing everything in a hurry. We also didn’t spend anything for lunch as we brought some rice and chorizo (and Pringles!) and just ate them on-the-go. Last of course, was Echo Point, where one can get a stunning 180-degree view of the Blue Mountains with the Three Sisters majestically standing over at the side.

My brother and I were up for a challenge when we really wanted to get up close and personal with one of the sisters (probably the biggest one), Meehni. It was a tiring walk, especially the very steep stairs. But it was all worth it! I just wished we had more time for the breathtaking Prince Henry Cliff Walk. Perhaps on the next visit. 🙂

After the tour, we also made sure to check out the antiques shops in the area. We came home with some beautiful jewelry pieces. Fulfilling day. Katoomba’s awesome like that!

Mount Druitt to Penrith Station to change line, towards Katoomba. 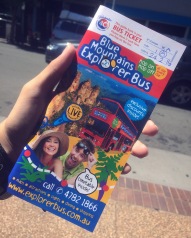 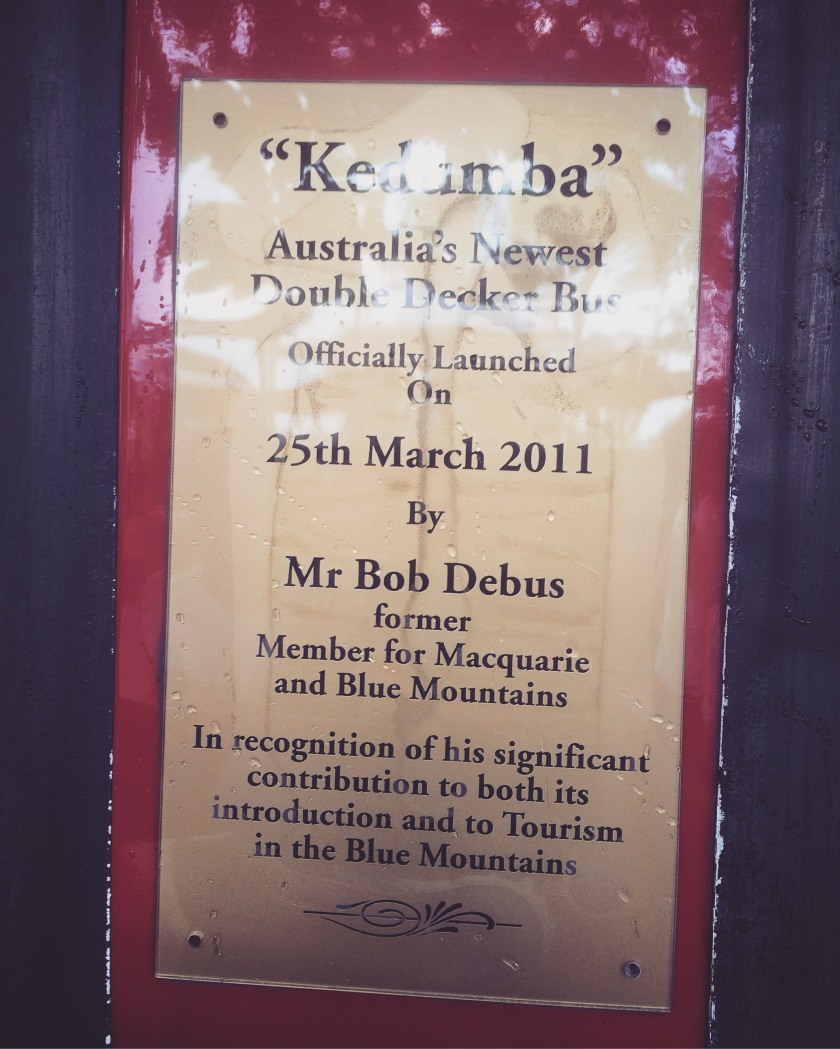 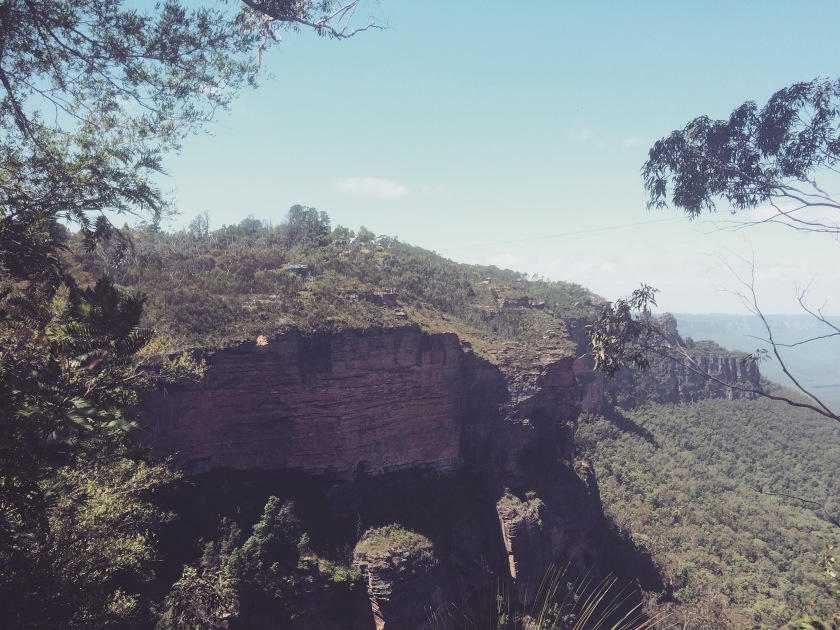 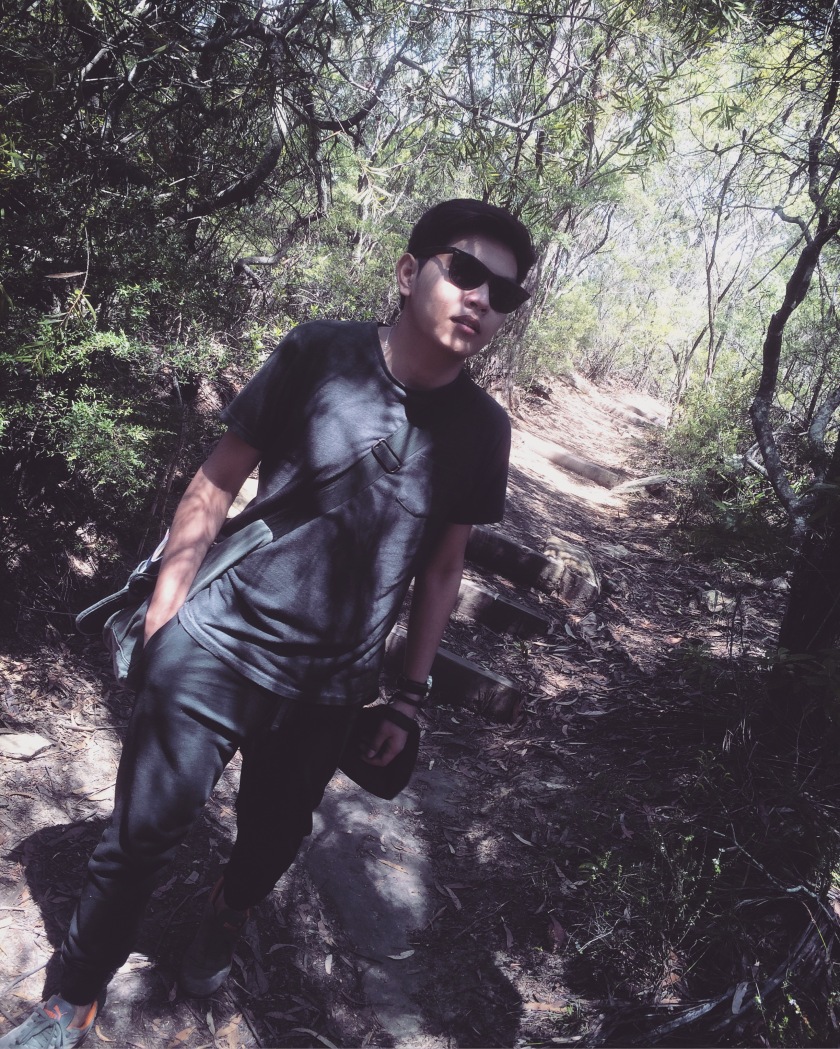 We took a family selfie. Soon after, this awesome couple from Wales, UK, also did their own couple selfie. Sudden awkward moment. But Leah, broke the ice and said,” we’re just copying you guys!” Then everyone broke into laughter and a conversation. Glad we met you guys on the bus, though for barely 5mins! But we hope to see you, Leah and Jordan, in Cebu soon. 🙂 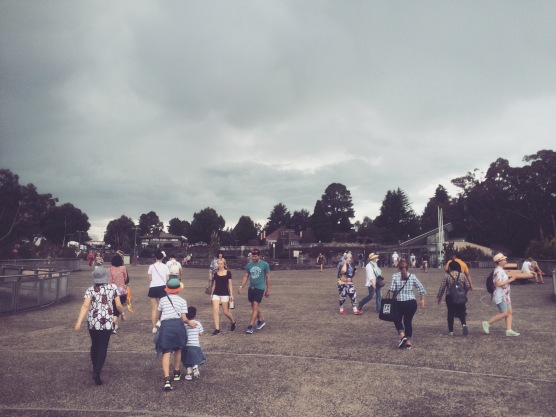 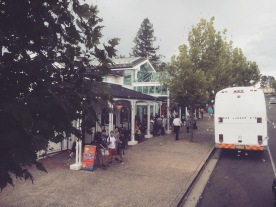 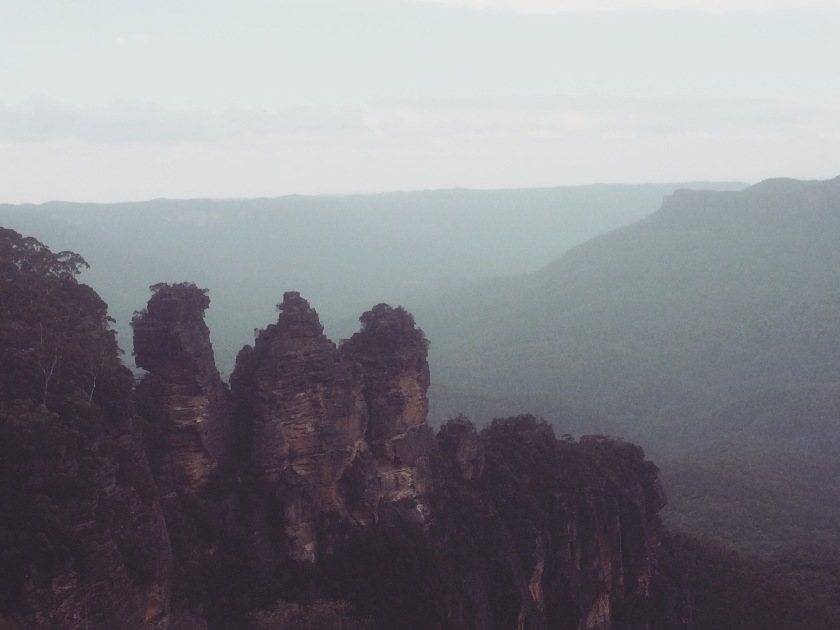 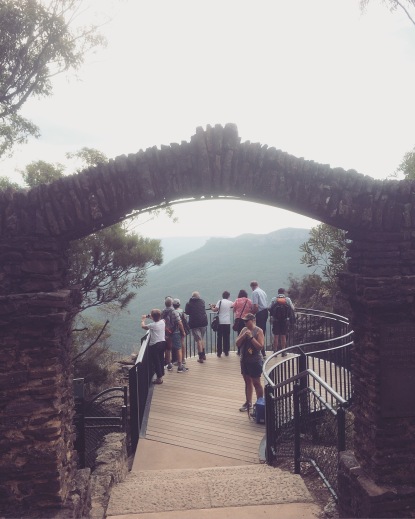 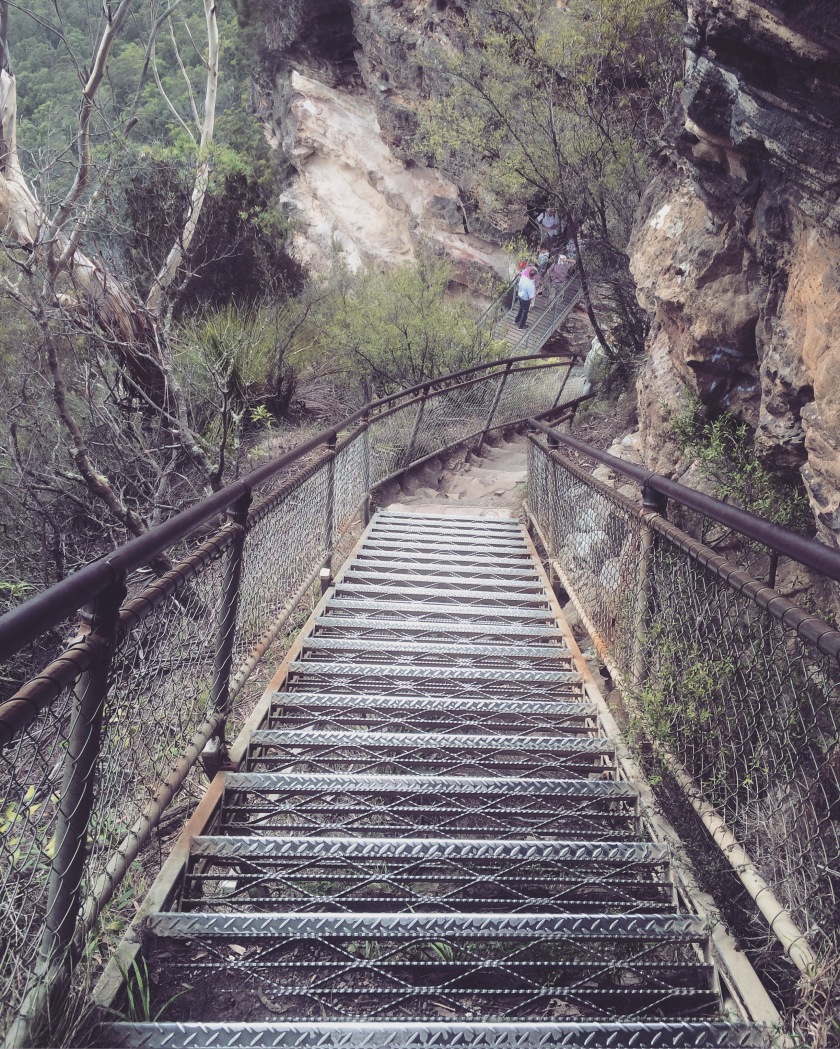 People are a speck. Looking out into the viewing deck in Echo Point, from the stomach of one of the sisters, Meehni. 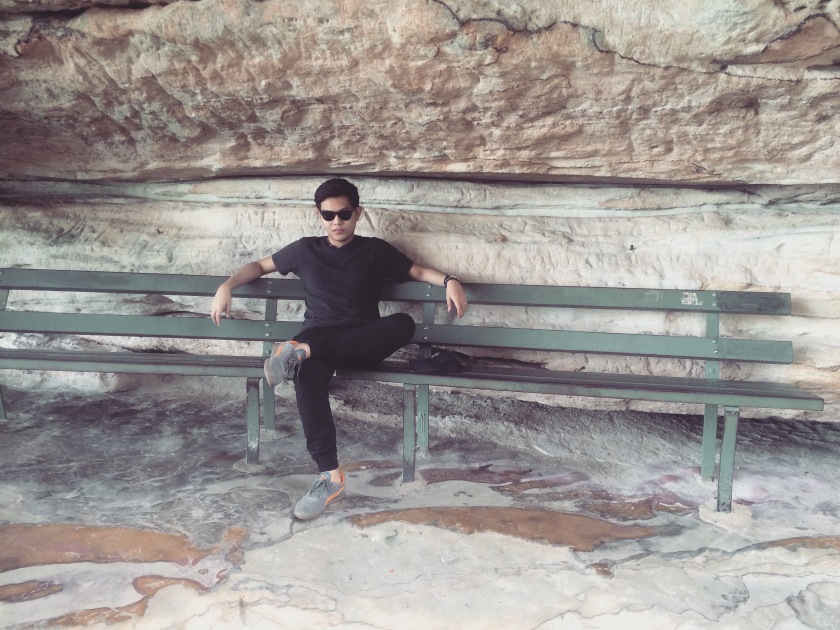