Built in 1395, it probably is the most iconic landmark in Seoul, South Korea. The Gyeongbokgung or Gyeongbok Palace, was home to the Kings of the Joseon Dynasty. It also served as the seat of government for centuries.

Much of it was destroyed by fire during the Imjin War and was left abandoned for two centuries, but was later on restored in 19th century. However, much of it had once again been destroyed by Imperial Japan in the 20th century. After having been reconstructed gradually to its former glory, The Gyeongbok Palace is considered to be the grandest of The Five Grand Palaces built by the Joseon Dynasty. *Wikipedia

We went there very early in the morning to avoid the rush hour traffic in Seoul (yes, they have awful traffic too). The palace premises was still closed when we arrived, so we just walked to the nearby landmarks in Gwanghwamun Plaza, and the National Museum of Korean Contemporary History to pass time. 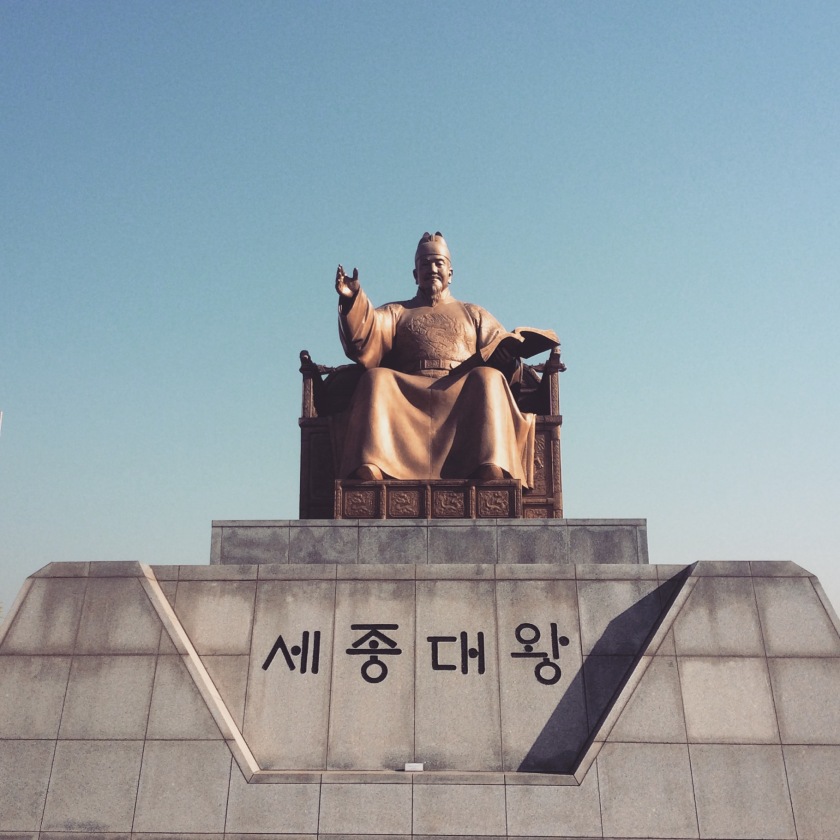 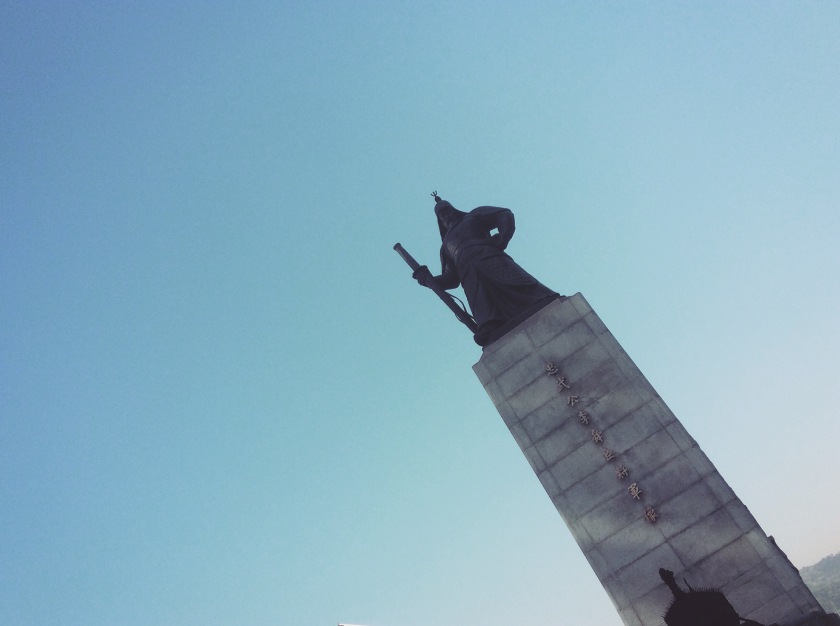 A tribute to the victims of the Sewol Ferry tragedy 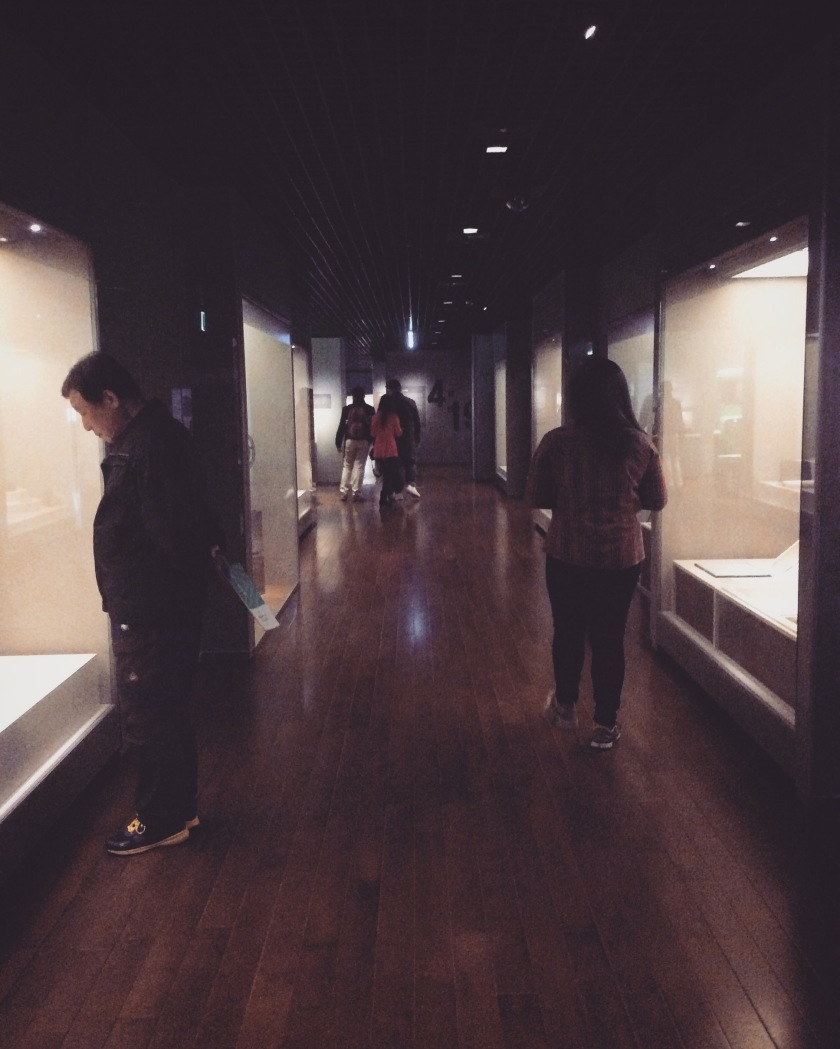 Cute miniatures at the museum 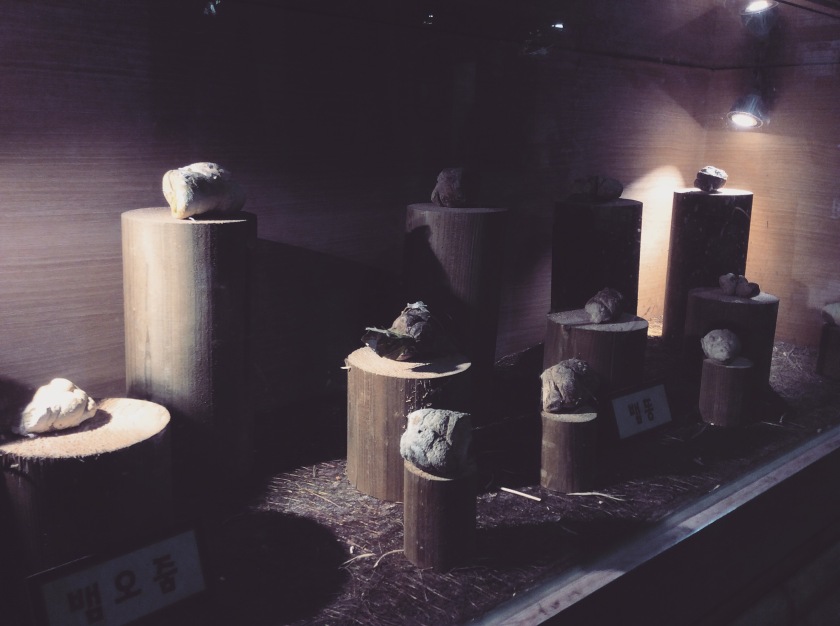 Anyway, when we got back to the palace, and it was already open. I was shocked to see so many tourists already!

The palace is MASSIVE, with not much shade, and it was very sunny that day! Those that know me, know that I’m not very much acquainted with the sun. haha I just hurriedly checked anything that I could find interesting as there were so many people, you could hardly get a shot at an area with no photobombers. 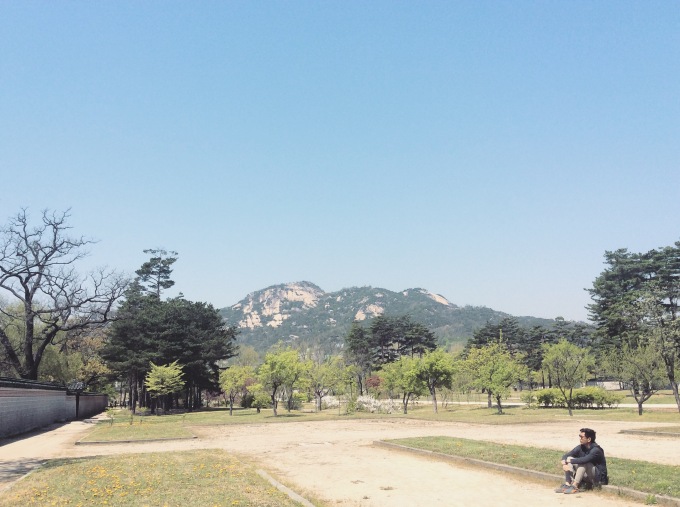 I am very much interested in art, intricate patterns, carving, etc. So many people were pushing their way through to take a peek like there was something very exciting going on (one actually can’t enter in). I was one of them. It was actually just very simple, but there was something about it that was special. Or maybe it was just too colorful I guess. haha 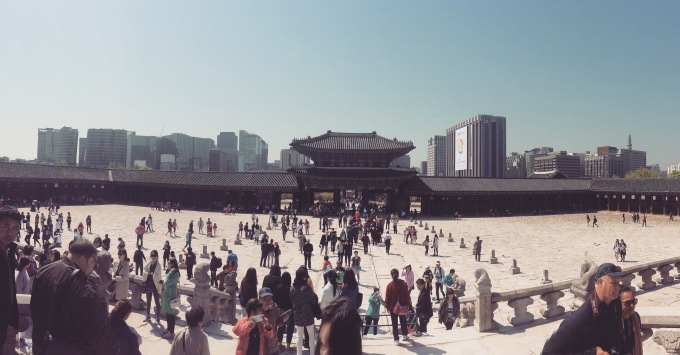 Looking out from the main throne hall 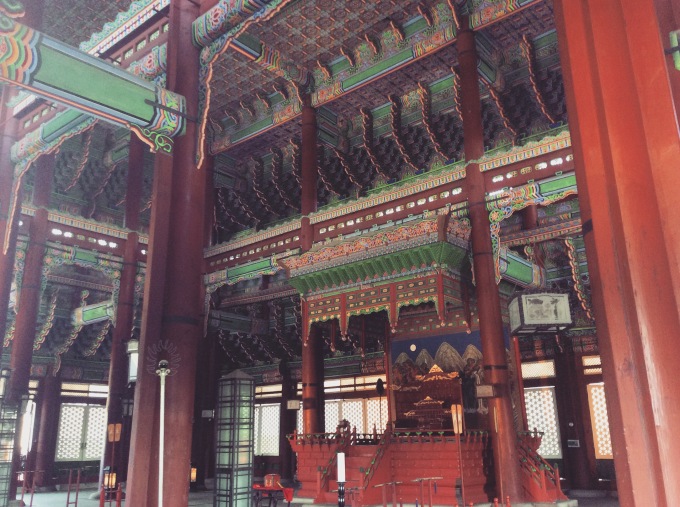 A peek into the throne room

So I continued roaming around, and I found something which I thought was more beautiful than the main palace itself, the Gyeonghoeru Pavilion. They say it was the king’s reception area where he hosted important visitors, where he held parties and celebrations. It is a very beautiful structure surrounded by a man-made pond. Definitely very picturesque!

To wrap this up, all I can think of is that it was an unfortunate day to be there. It was too hot. But I guess, had it been a little cloudy on that day, I would’ve appreciated it more. 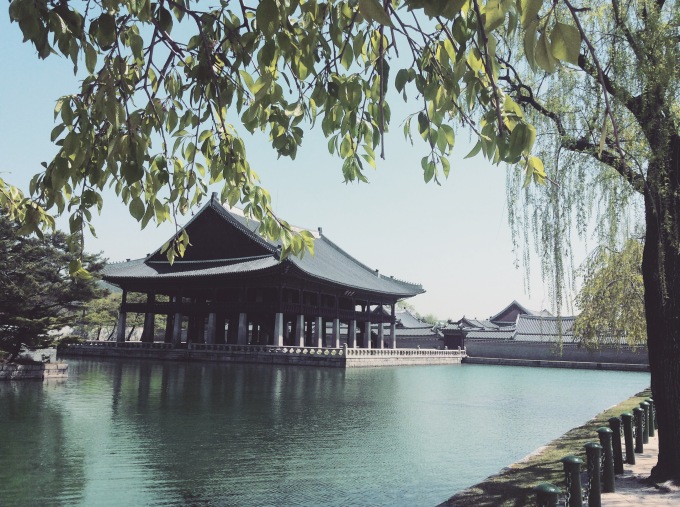 The Gyeonghoeru Pavilion. Isn’t it magnificent?

I just had to. haha 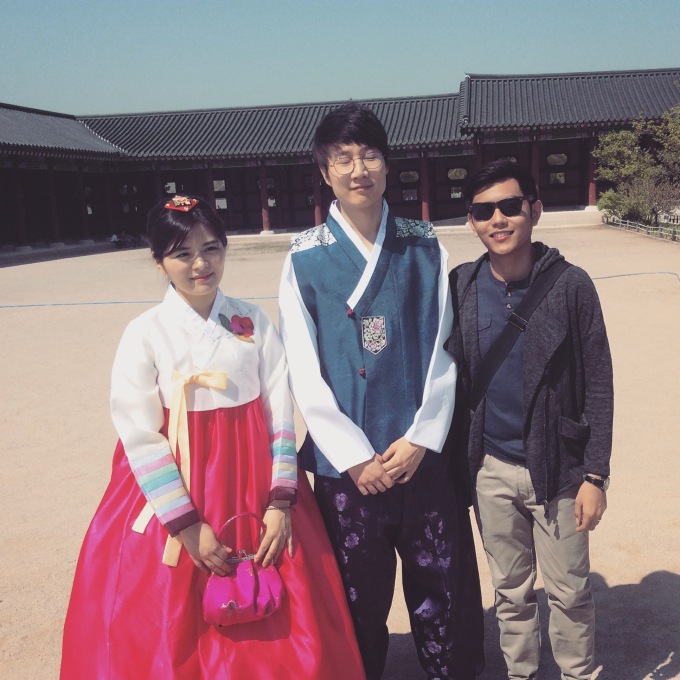