It was a very tedious ride from Bangkok to Butterworth, Penang. We were on that train for literally, 23 hours! But what was worse was that we went 40 hours without a shower! Gross, I know. Let me narrate it to you.

Oct. 27, we left our hotel in Bangkok at 10am. So obviously, we had already taken a bath then. 😀 We went to Bangkok Railway Station (locally known as Hua Lamphong Station) to buy our tickets to the 2pm sleeper train trip to Butterworth, Penang. Also, the station can get very busy, we might miss the trip. We just made sure to be early. 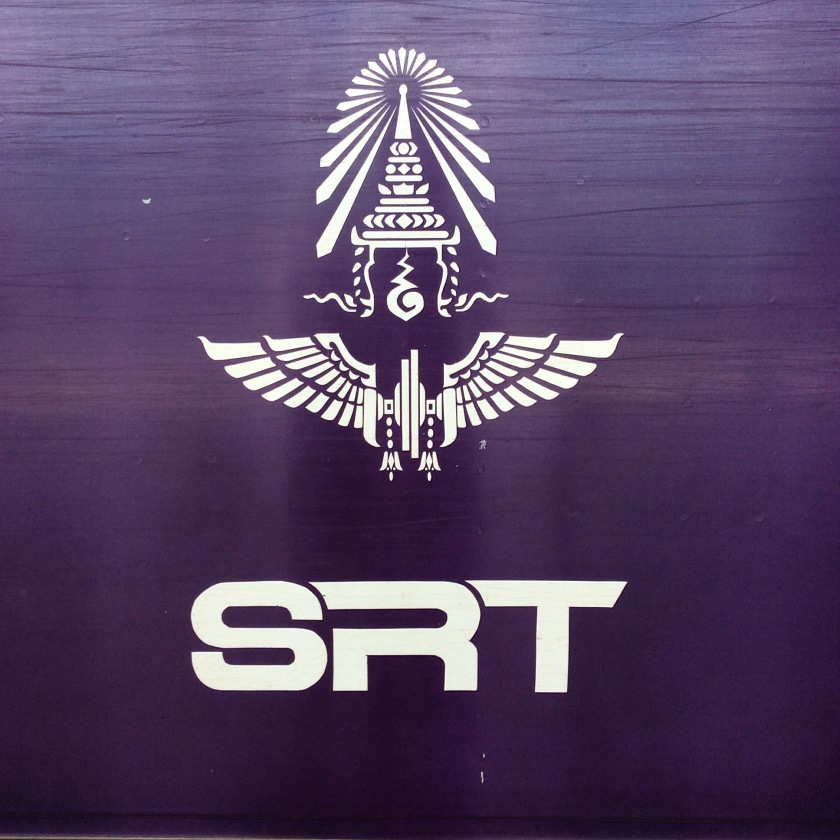 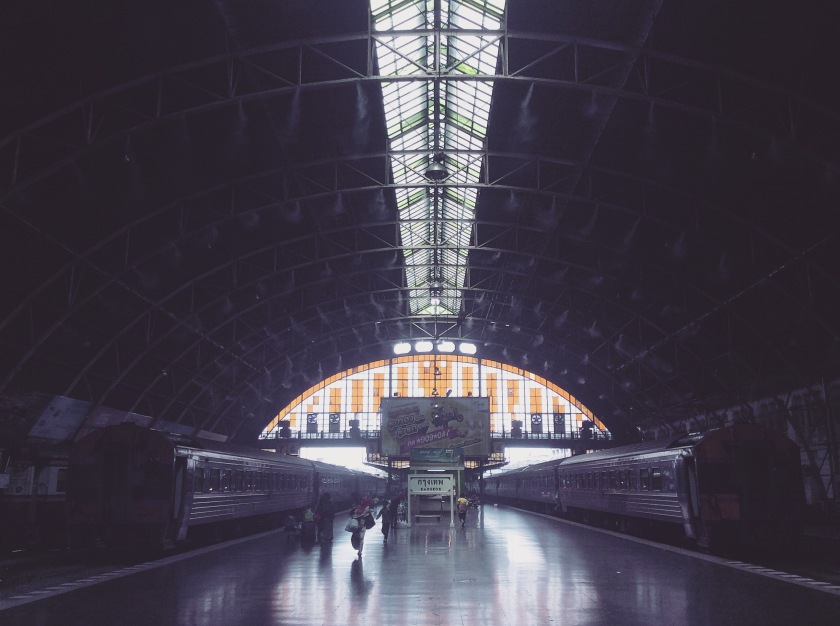 In the afternoon, the seats are in traditional style. At around 9pm, the attendants set the chairs to become beds. All throughout the trip, the train goes on very brief stops in stations to board or alight passengers. I never saw how these stations looked like, nor did I see the landscape outside because I got a top bunk which has no window. But just as the dawn breaks, the attendants set the beds back to chairs and you can finally see the scenery out the windows.

The whole trip was actually quite comfortable, except that they had such a small, and foul-smelling comfort room. The only bad thing about the trip was as we were crossing the Thailand-Malaysia border, we all needed to get off the train for immigration, including all our luggage for x-ray and personal checking. It wasn’t very easy as we had already shopped an additional, 3 trolley bags worth of goods from our stay in Bangkok. One Caucasian woman with us in line was carrying a 30kg backpack, yet she looked effortless! The worst thing though, is that after the bags pass through the x-ray machine, they still ask you to open your bags, then they just insert their hands (with gloves) in the sides, frisk a little, and lift everything up, then they’re done. I don’t know why they to do the latter, but they just really had to mess up your very well-packed bag. Grrrrrr.

We went on with the trip, and it was so great to see all these beautiful, brand new (if not renovated) stations starting from the border. They had all these done as they were preparing to host some global conference of world leaders. Can’t believe Malaysia was doing so well with their transportation infrastructure.

One of the newly-renovated stations

Anyway, we got off at Butterworth Station, Penang. Just a few steps away, is the jetty port where you board a ferry to the island across, Georgetown.

George Town from the ferry

The UNESCO world heritage city of George Town, was nothing short of beautiful! You can see the city’s prevalent Chinese architecture. Also, in the city center, are a collection of beautiful colonial, pre-war government establishments. Both, they have preserved very well. It’s like you were teleported into London. Penang is also known to be a gastronomic haven. Lots of street food around too!

What’s even greater about George Town, is that they have a free shuttle bus from the jetty port to Prangin Mall (around Komtar area). The bus route purposely covers the core zones where the city’s most important buildings and heritage sites are. So for tourists like us, it’s a great way to go sightseeing. Free, at that. 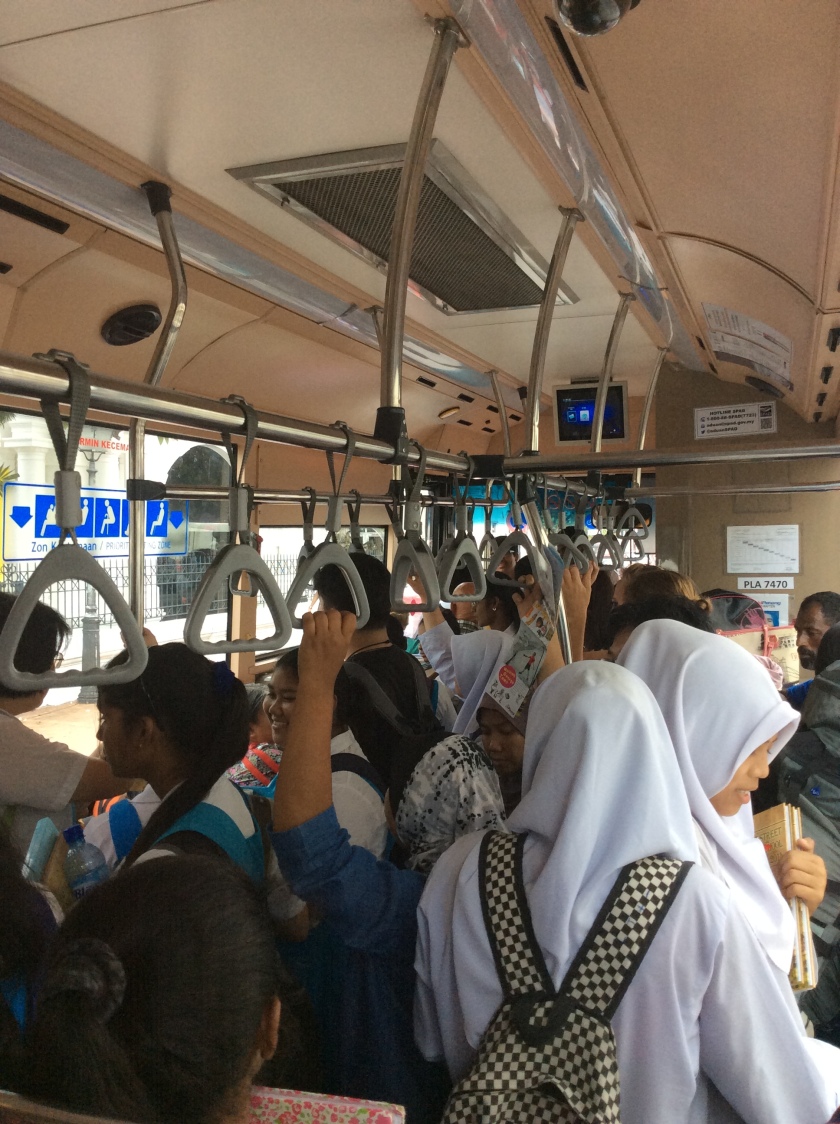 Another very useful feature of George Town is that they have wifi in most parts of the city, and every citizen has his own account. And all the millennials say hallelujah! haha At that time, we had already been unplugged for almost 30hrs, and as a millenial, you know that’s not good for our social media. While trying out some street food in the local market, we were so fortunate to have ran across some locals who were very kind and generous, they gave us access to their accounts! They were university students so they spoke very good english too. Heaven-sent! 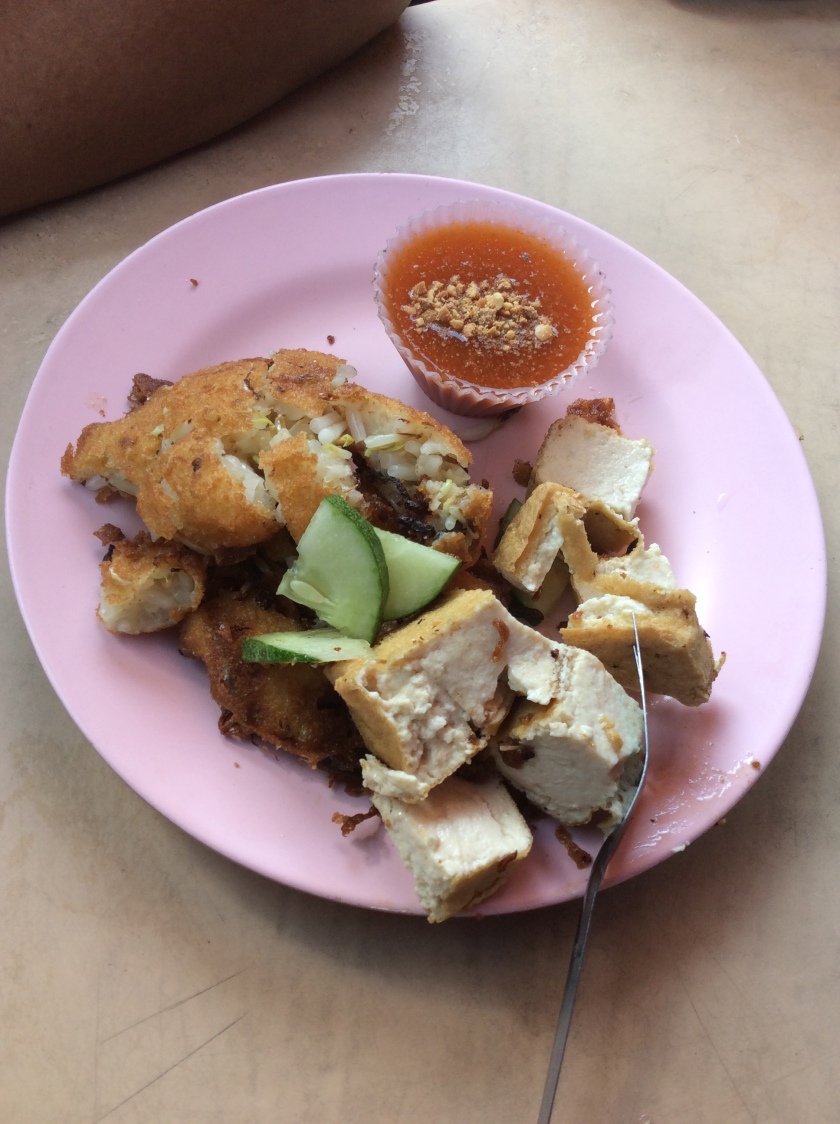 We roamed around several blocks, trying to look for a nice restaurant where we could celebrate our parents’ anniversary. Lo and behold, we found an old glory, Loke Thye Kee. The almost 90-year old restaurant in a beautiful colonial period building. It was nothing short of romantic. So we went in, got a table. It was an upscale restaurant yet we were all looking so rugged, with sweat-stained shirts from all the walking and having had no bath for 30hrs. Can you imagine the looks on the other diners’ faces? Anyway, while waiting for our order, we discreetly freshened ourselves up in the comfort room and changed, one-by-one. The crew was amazed at how it was so quick of a makeover.The food was great and the ambiance, even better. It was like dining in a museum. 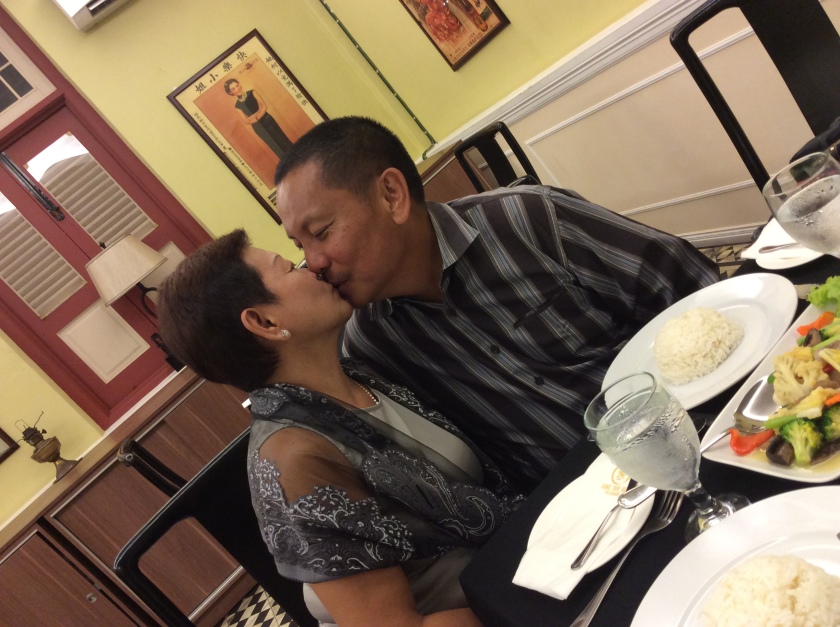 After dinner, we rushed to catch the last 9pm free shuttle trip to the jetty port. One of the restaurant’s service crew was also doing the same thing, she was so gracious to let us tag along. When we came out of the restaurant the bus had just passed by so we ran and shouted like crazy just to catch that bus!

We made to the jetty port, borded the ferry, and we got on a little chit-chat with the young lady from the restaurant. She also spoke great english because she was also a university student. It was a very short trip so we just made sure to remain in contact with her through Facebook–the millennial way.

The lady from the restaurant

Getting off at the Butterworth side, we booked our bus to Kuala Lumpur at some office just in the premises, we initially planned on taking the 2am trip, but the manager told us, a better bus would be taking off at 12am. Having nothing to do and nowhere to go, we just got on that one. Then we were off to Kuala Lumpur.